Since the end of the 19th Century, many anti-colonial movements ended in failure. Founded in 1930, the Vietnam Communist Party led the battle for independence. Women played an important role in this battle and created different organizations such as: Women’s Association for Liberation, Women’s Association for Democracy, Women’s Anti-Imperialistic Association, and the Women’s Association for National Safety. They fought against colonial and feudal forces, demanding socio-economic and democratic rights. They created, developed and protected the Party bases. In 1945, they took part in the uprising against the local powers, contributing to the August Revolution.

In 1946, during the re-invasion of Vietnam by the French, the entire nation joined the resistance. In order to co-ordinate women’s powers, the Vietnam Women’s Union was created on October 20th 1946. It encouraged women to work and actively resist the French presence by engaging in battles and assisting in the construction of the country. Many of them actively took part in the guerilla war, ensured supplies for the armed forces, acted as li

Revolutionaries and political battles
During the battle for independence, the revolutionary female force matured as a military organization. Communist women played an essential role in the founding of revolutionary bases, the development of a female military force and the organization of the Women’s Union. Women were arrested, imprisoned and killed for defying the enemy and fighting for revolutionary organizations and the Party. During the 1945 August Revolution, women led movements against local authorities, which led to their takeover. 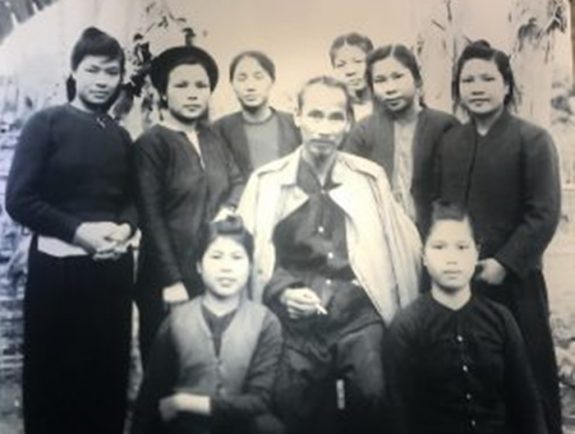 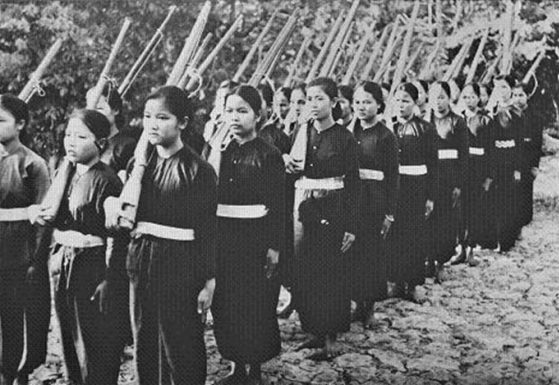 During resistance mobilization, women undertook many key roles including care of wounded soldiers, resupply of troops and requisition of financial resources and food. In northern and central Vietnam 1,575,000 tons of rice were collected and 35,730,000 meters of fabric were made for the cause between 1951 and 1954. In the occupied zones women hid and maintained liaison with revolutionaries. From 1950 to 1954 in the partly liberated zones, women dedicated 9,578,000 work days to the transportation of food and arms, 2,381,000 of these days were just for the Dien Bien Phu Campaign. 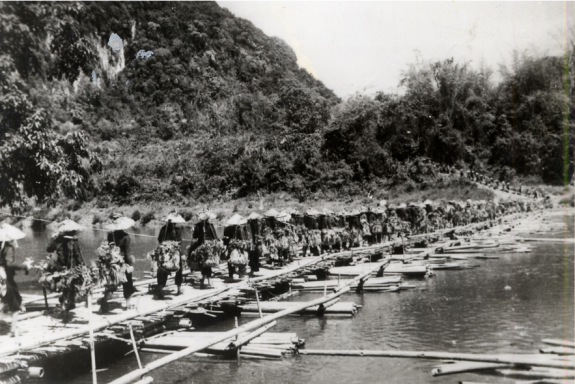 As well as attacks and demonstrations within the urban areas, resistance movements were spreading widely across the countryside. In Hung Yen Province, between 1950 and 1954, guerrilla forces made great contributions to divide, obstruct and attack the enemy. This large wooden shoulder pole to your right is a very physical representation of their motto: “fight against the enemy anywhere, anytime, by using simple weapons”. For female guerillas in Dong Kinh commune, shoulder poles were often the first thing at hand. The attack that took place at a military post in Phuong Tru, using this pole, was a typical example.

This post consisted of 6 solid block house bunkers and a row of lodging rooms for soldiers. On June 26th, 1953, Ms. Tam and other female members of her guerilla unit, approached the post disguised as street vendors selling bananas from traditional baskets carried on shoulder poles. They passed many guardrooms without raising suspicions and finally reached the main entrance of the post. There, she suddenly pulled out her pole and attacked the guard, commanding her unit members to beat the other soldiers who by now had abandoned the post and were running away. During the fight, her guerrila unit seized a rifle and a radio set, killing an enemy soldier and injuring two others.