On July 12th, 2018 in the framework of an official visit to Vietnam, a delegation of female Japanese parliamentarians led by Tsuchya Shinako, visited the Vietnamese Women’s Museum. Tsuchya Shinako is a member of the House of Representatives in the Diet (national legislature) and Head of the Committee for the Development of Women of the Liberal Democratic Party and cities’ representatives in Japan.

The delegates enjoyed visiting the museum’s permanent exhibition, finding similarities between Vietnam and Japan in relation to customs of ethnic minorities in both nations. Many were moved upon seeing the objects, historical materials, and truthful stories about Vietnamese women’s lives during the war.

Parliamentarian Tsuchiya Shinako extended her thoughts to the museum: “When we were students, we heard about the war in Vietnam. It was so gruesome and caused great damage to both sides, regardless of those who won and those who lost. The work of recording such history by this museum is crucial.” Upon writing her comments about the museum, she extended her hope that the museum will continue to grow and prosper. 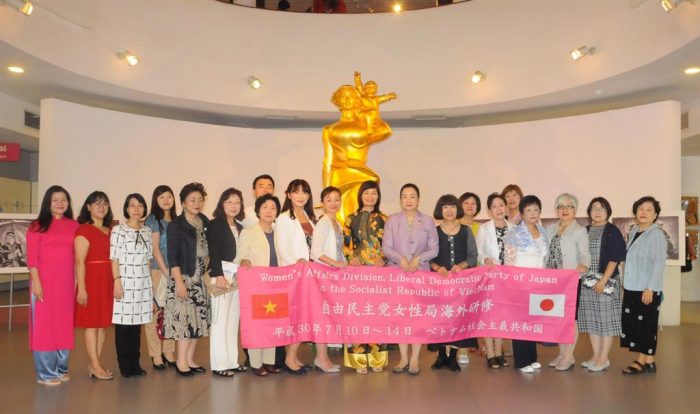 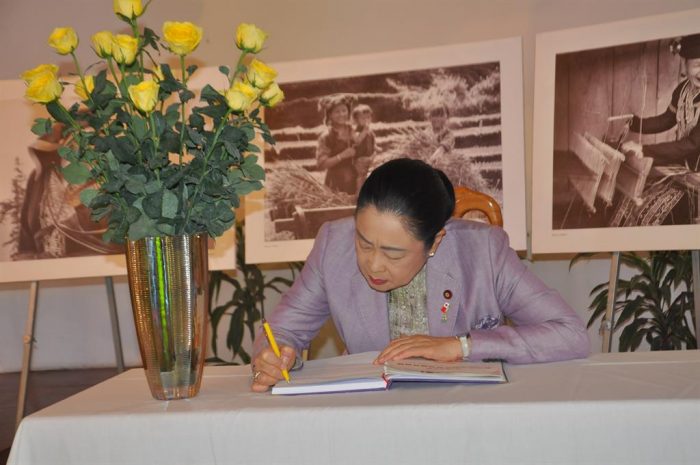 Parliamentarian Tsuchiya Shnako writing her thoughts after her visit to the museum.