No one can believe that the slim woman with white skin is 70 years old, and it is considered as rare for people of that age in the past. Looking at her, I could not think that she had battled and endured being bitten and eaten by mosquitos and leeches, as well as being attacked by malaria, etc. She is Nguyen Thi Quynh Dung, a dancer of the delegation of the General Department of Logistic of the People’s Army of Vietnam (1966 – 1973). 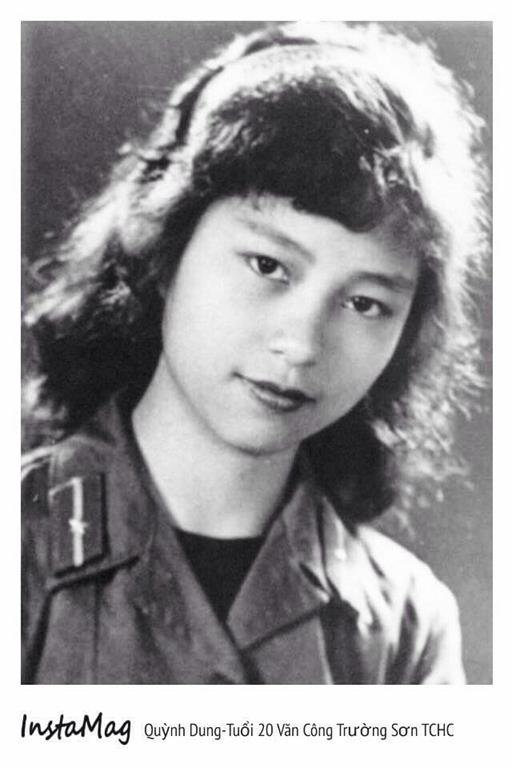 At the luxurious and cool living room in the afternoon of autumn, we, museum collectors heard her tell the stories of having a most beautiful childhood. Being a daughter of ATK first leader, Nguyen Anh Tuan, she was born in Viet Bac. In 1960, she entered dance school. After 6 years of a hard–working career and enduring the pain and bruises black, she still kept her passion 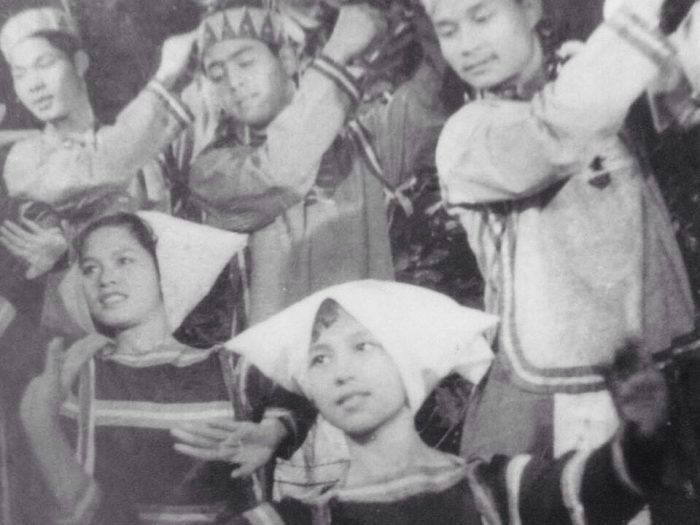 Leaving the dance school at the age of 22, the hard training at school made her body beautiful and physical. She also has a pretty face and she was the belle at the Ly Nam De Street at that time. She could have chosen a better career for her future, but she entered the delegation of the General Department of Logistic of the People’s Army of Vietnam.

For 7 years working as a dancer, she traveled around the country, from northern provinces to the southern battlefields and she became a true soldier in the field of art and culture.. Her sharp eyes and pink lips stirred male soldiers’ hearts so that when they saw her directly, talked to her, watched her dances, and listened to her voice, they were encouraged a lot to prepare for the next battles.

Because of malaria, she could not continue her career, nor go along with her colleagues to perform anymore. In 1973, she moved to another job. Her belongings that she got after seven years of her most glorious youth was a backpack, hammock, etc. 45 years have passed, the memorable souvenirs are now being kept carefully and they will be respected since they witnessed her youth, her passion and even the first emotions of her girlhood.

Ms. Quynh Dung and actresses of the delegation of the General Department of Logistic of the People’s Army of Vietnam.