The wife of the Prime Minister Nguyen Xuan Phuc, Madam Tran Nguyet Thu, honorably invited the wife of the Lao PM and the wife of the Thai PM to visit the Vietnamese Women’s Museum on March 31st. During this time, their spouses were participating in the 6th Greater Mekong Subregion Summit and the 10th Cambodia-Laos-Vietnam (CLV-10) Development Triangle Summit.

While visiting the permanent exhibition, the ladies shared the similarities of culture between the countries; such as the traditional weddings of Red Yao and Black Thai in Vietnam and the Thai Dam in Thailand and the Care for New Mother between Vietnam and Laos. They were impressed by the contribution of Vietnamese women in the wartime, in the 20th century, on all aspects such as production, supply food, weapons for the battle as well as directly fighting on the frontline. They were also eager to know the similarities of pattern techniques of the countries in the Mekong Subregion such as fabric dying techniques and weaving techniques.

After their tour around the museum, the ladies enjoyed the performance “Chầu Văn” which was shown at the exhibition “Worshipping Mother Goddesses: Pure – Heart – Beauty”. This performance helped the ladies to understand more about the cultural heritage which was recognized by UNESCO as an Intangible Cultural Heritage of Humanity in 2016. 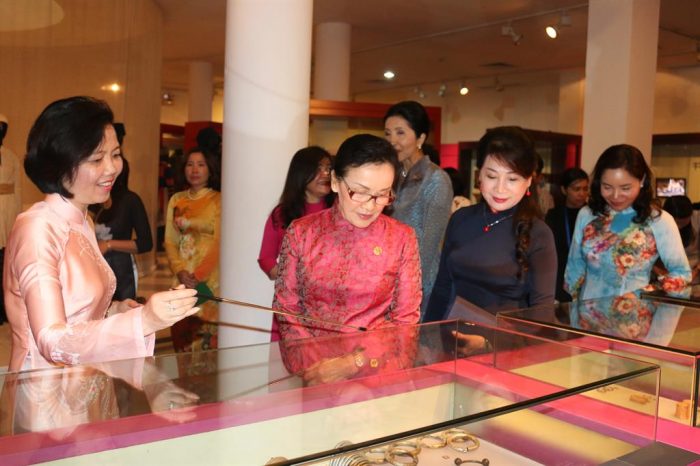 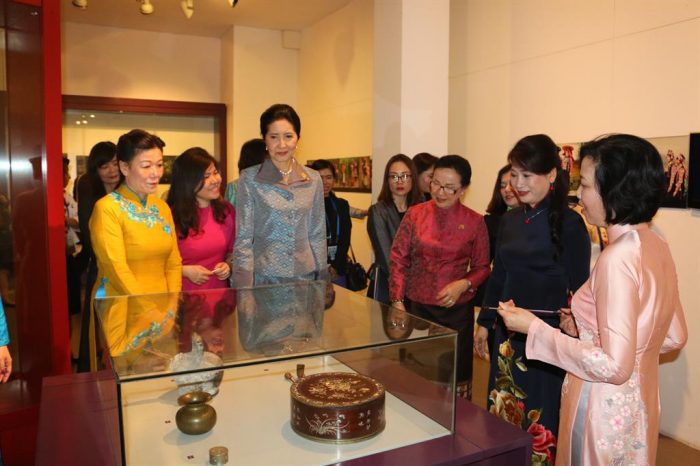 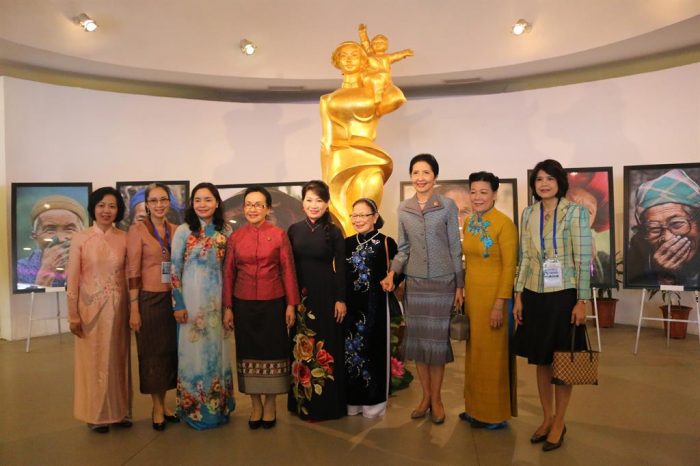