“Eureka” – a famous exclamation attributed to the Greek mathematician Archimedes has been a familiar expression when it comes to celebrating new discoveries, inventions and creativity. It is also one of the themes of this year’s Museum Week. We will tell you a story with a “eureka factor,” which shows how skillful and talented Vietnamese people were during the wartime. 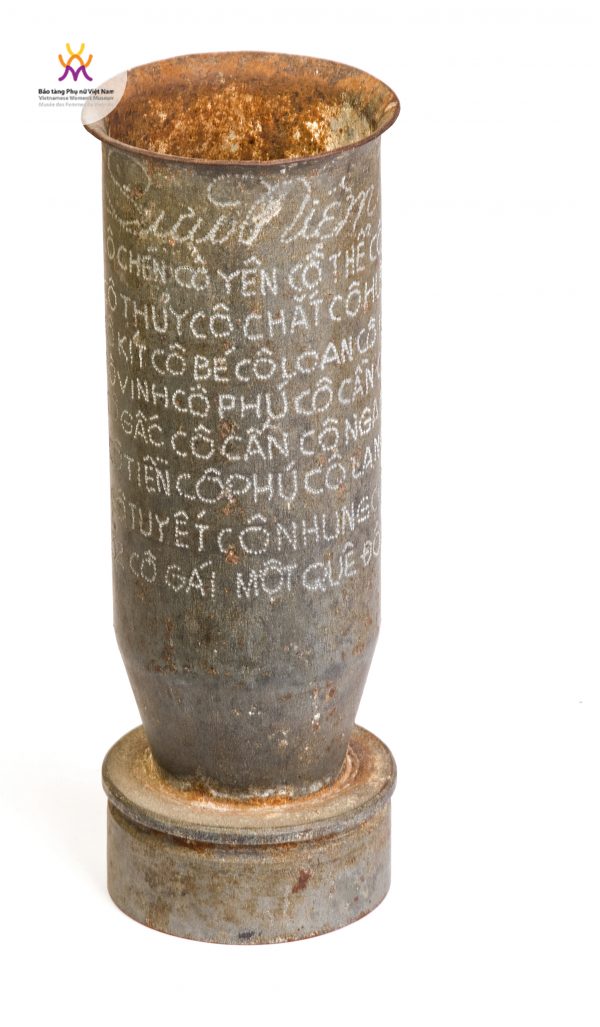 This vase belonged to the Dong Phuong Hong Women’s Militia Squad in Ninh Binh Province. It was a gift from the Militia Unit 279 that fraternized with them. They used it during the resistance war against the American imperialists. The vase’s special significance is not it’s appearance, but rather the material it was made from. It is not crafted from ordinary materials such as wood, glass, or ceramic, it was moulded from a 57mm shell. Names of 32 women in the unit were arranged poetically and carved onto the vase to embellish this special gift.

During the war, from 1968 to 1973, the vase was used to hold flower arrangements for meetings, youth gatherings, and anniversaries. It was also used at the initiation ceremonies of 17 women soldiers who joined the Communist Party. American troops would be surprised to know that even in the fiercest period of the war the shell of such a dangerous weapon was used by Vietnamese women to make beautiful flower arrangements.

Even though the vase might look modest, it has much historical value. Not only does it serve as a longstanding symbol of a pivotal time for the nation, it also demonstrates the artistry and ingenuity of the Vietnamese women who turned a war remnant into a useful item symbolizing beauty and peace. It also represents a “eureka moment,” when a strong sense of comradeship developed during  the war years. 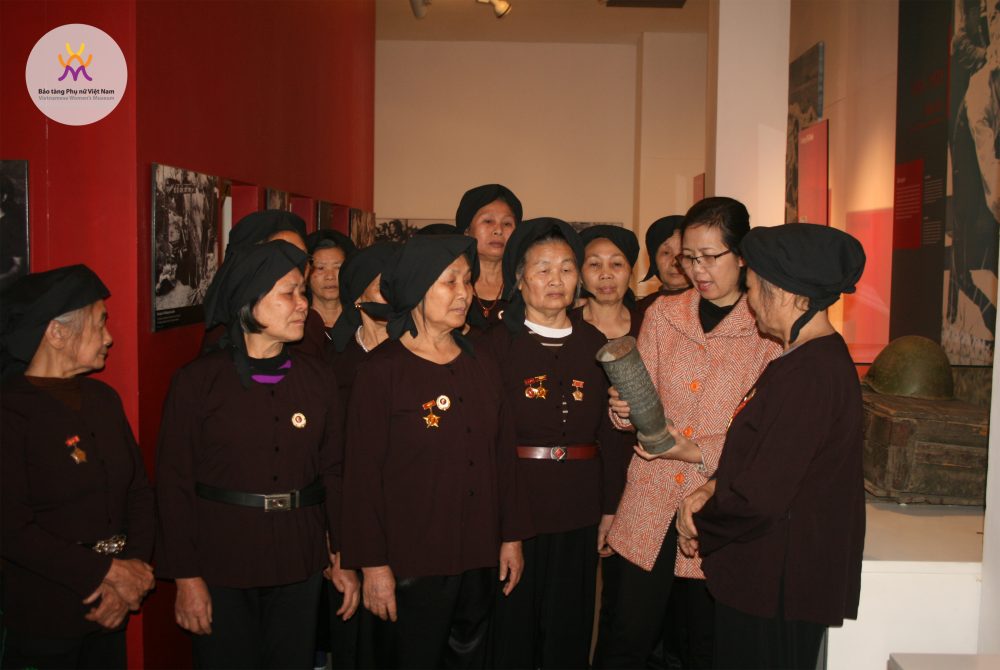 Members of Dong Phuong Hong Female Militia Squad were moved to see the vase they knew from the resistance war, now kept and displayed at the Vietnamese Women′s Museum