On the afternoon of October 14, 2020, guests gathered at the Vietnamese Women’s Museum for the awards ceremony and opening of the photo exhibition UN 75 – The Future I Want. The exhibition celebrates the 75th anniversary of the establishment of the United Nations and was organized by the United Nations in Vietnam. Attending the ceremony were Mr. Kamal Malhotra, Resident Coordinator of the UN in Vietnam; Mr. Giorgio Aliberti, Ambassador of the European Union in Vietnam; Ms. Elisa Fernandez Saenz, Representative of UN Women Vietnam; members of the photo contest jury; and members of organizations representing Vietnamese youth.

Launched in July 2020, the UN75 Photo Contest called for entries related to six themes: inclusive education, climate change and environment, gender equality, good health and healthy life, decent work, and youth engagement for meaningful activities. In one month, the UN received nearly 1,000 photo entries from across Vietnam from photographers of all ages. From those, 49 photos were selected to be exhibited at Vietnamese Women’s Museum. The hope for a better, more sustainable future for the Vietnamese people was reflected honestly and emotionally through the photographers’ lenses.

Ms. Elisa Fernandez Saenz, Representative of UN Women Vietnam and a member of the judging panel, said “It’s always enlightening and refreshing to engage with photographers to learn more about the challenges they see and aspirations they have for the future. The photo contest is a fantastic opportunity to visualize perspectives of Vietnamese people on their needs and dreams for the future they want.”

Mr. Nguyen Trung Hieu, the winner of the People’s Choice Award, shared the story behind his photo “Drawing Dream”: “My work ‘Drawing Dream’ captures a boy and his father who has both arms amputated and is trying to draw pictures of hands – which is also his dream. People are born to live, to rise up and to engage with the community. Each of us has a dream and a desire. There are many people with disabilities in Vietnam, but due to stereotypes and stigma, they often are not valued as ordinary people. Through my camera lens, I want to show that everyone deserves to dream. That is the purpose of life and also the future that I want.”

The exhibition will be opened from October 14 to October 22, 2020 at Vietnamese Women’s Museum, 36 Ly Thuong Kiet and exhibition online via the link: https://baotangphunu.org.vn/the-future-i- want /

Some photos from the opening ceremony: 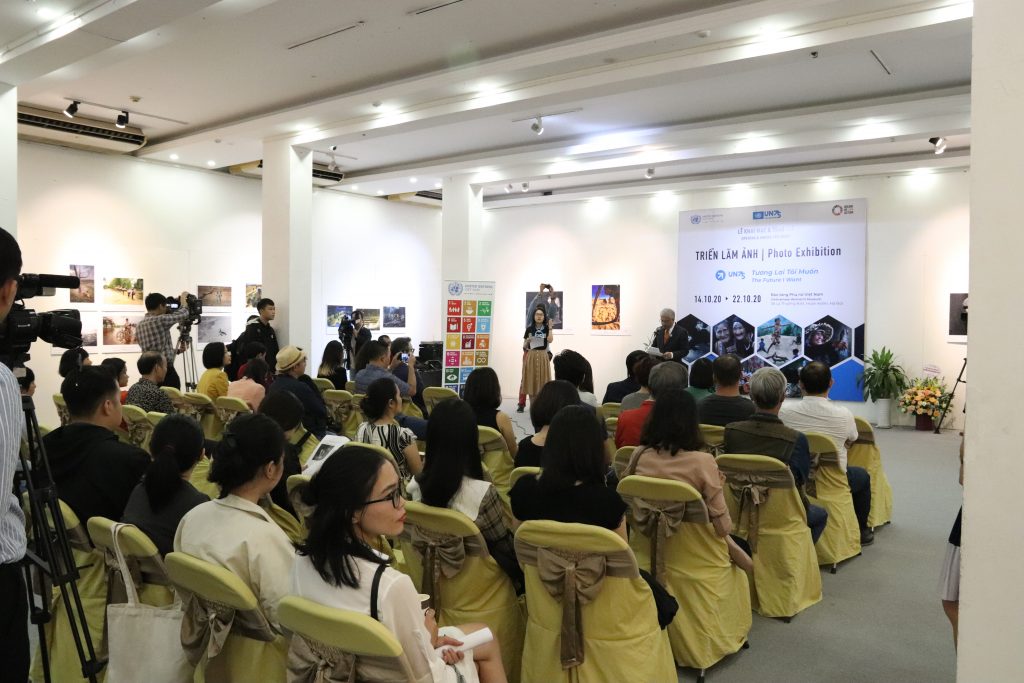 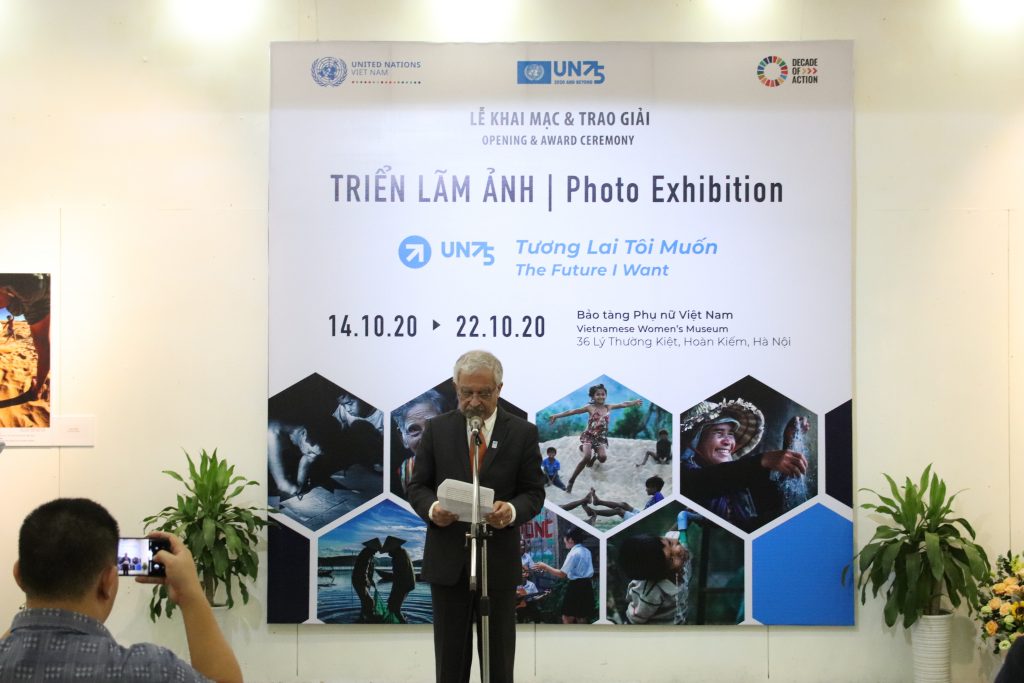 Mr. Kamal Malhotra, Resident Coordinator of the UN in Vietnam 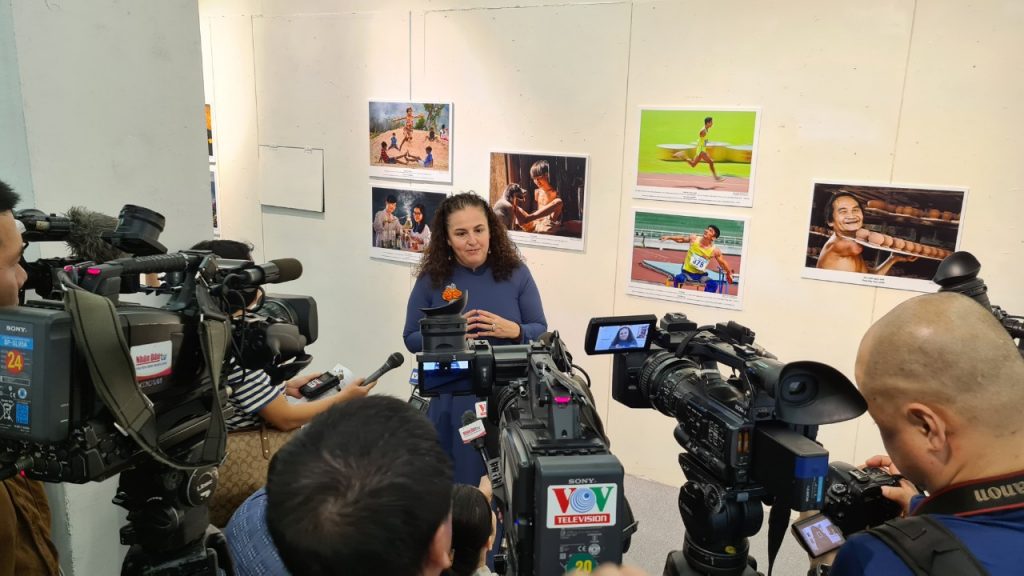 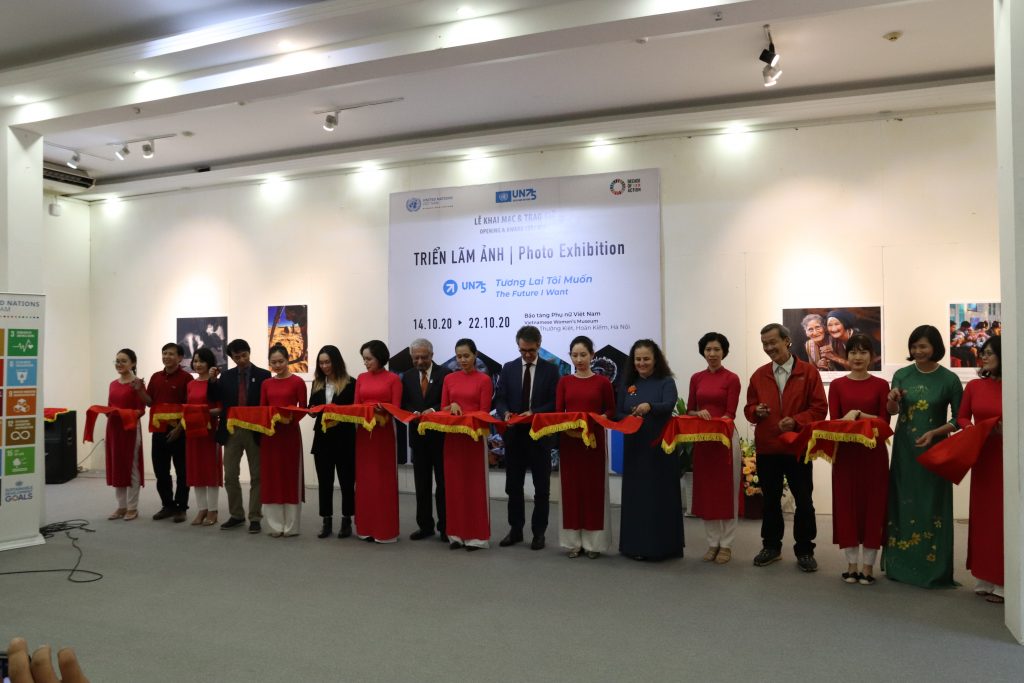 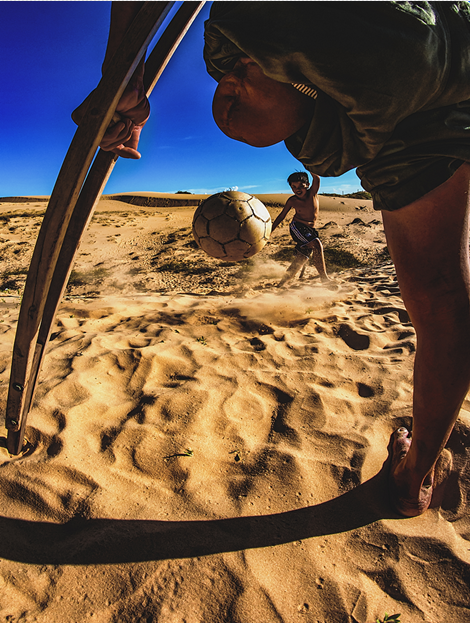 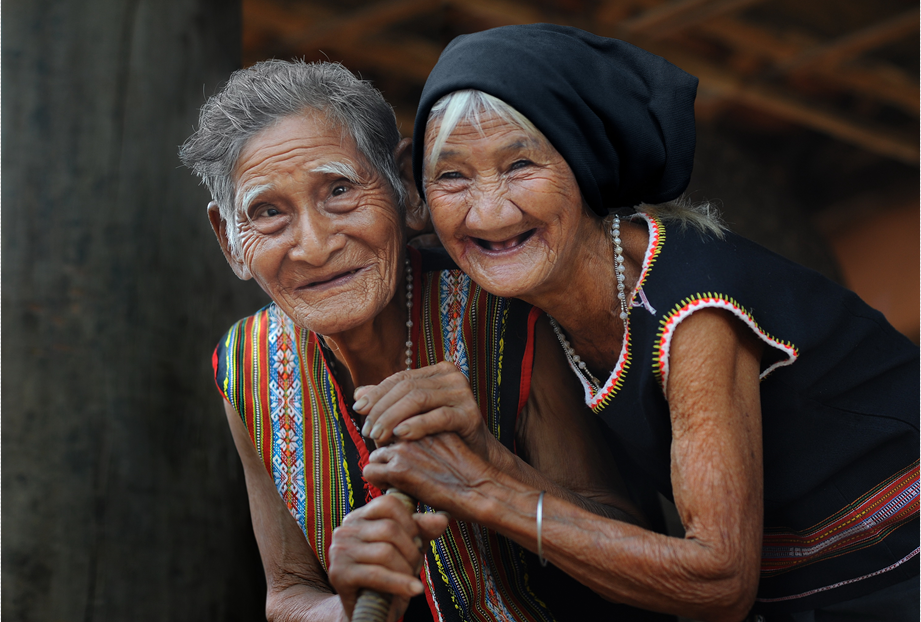 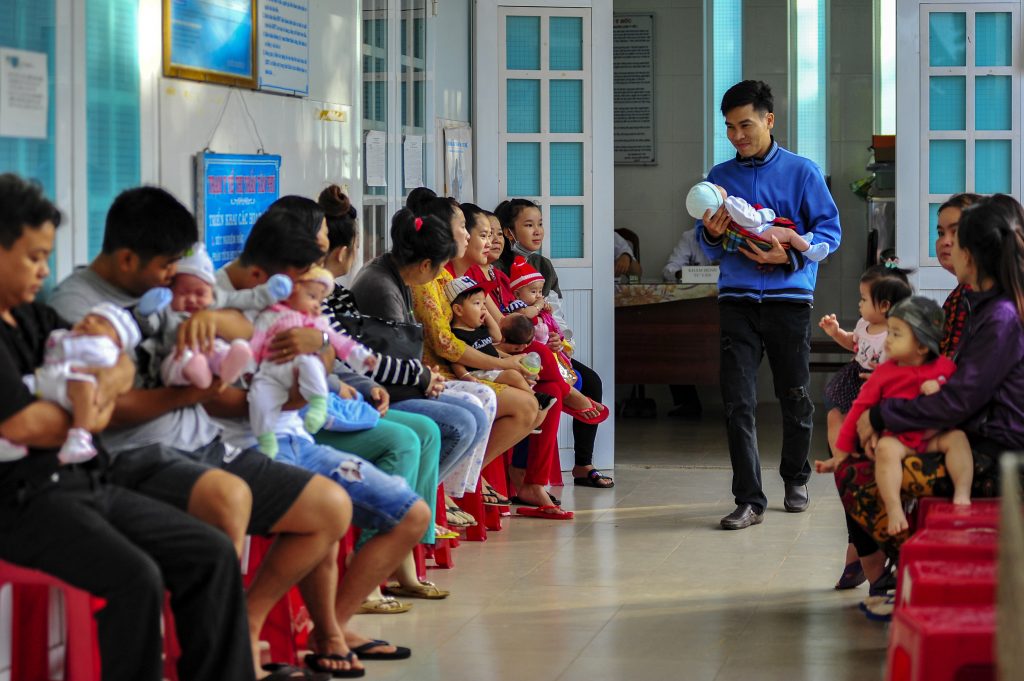