Madam Leokadia has long been involved in the Ukrainian women’s movement and with Vietnam. Her 42-year familiarity with Vietnam gives her a deep understanding of how both countries share a similar history and how both countries keep decades-long ties. She was deeply moved when referring to how the Ho Chi Minh University in the capital city of Kiev has its museum filled with objects relating to the history of Vietnam. There are many Vietnamese students who study and do research in Ukraine. She also mentioned that after the Chernobyl nuclear disaster of 1986, Vietnam was the first country to bring supplies for its victims. Madam Leokadia wished that all her memories and good feelings would be conveyed to future generations.

Madam Nguyen Thi Thu Ha showed her deep respect for the Ukrainian Women’s Union and expressed her belief that the women’s unions of both countries share many similarities in function, task, and purpose. She also suggested some areas of cooperation that both sides could discuss at the following forums meant to identify opportunities for cooperation.

The visit and meeting have left a deep impression on both sides and contributed to promoting a strong relationship between the Ukrainian Women’s Union and the Vietnam Women’s Union. 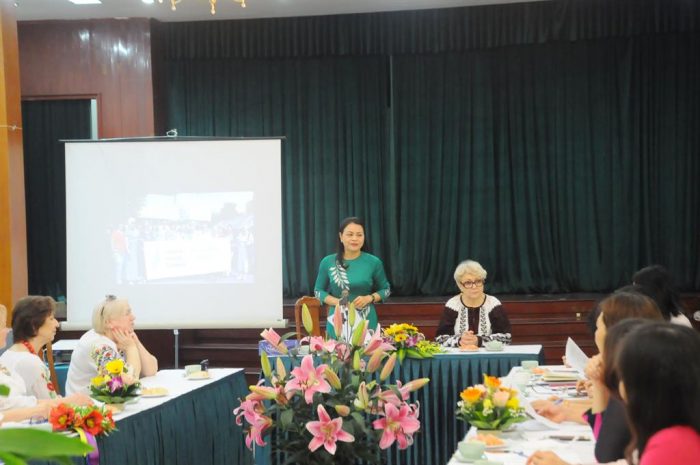 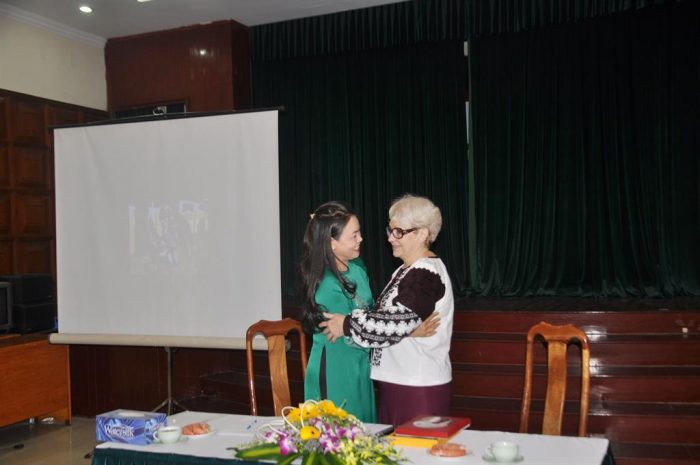 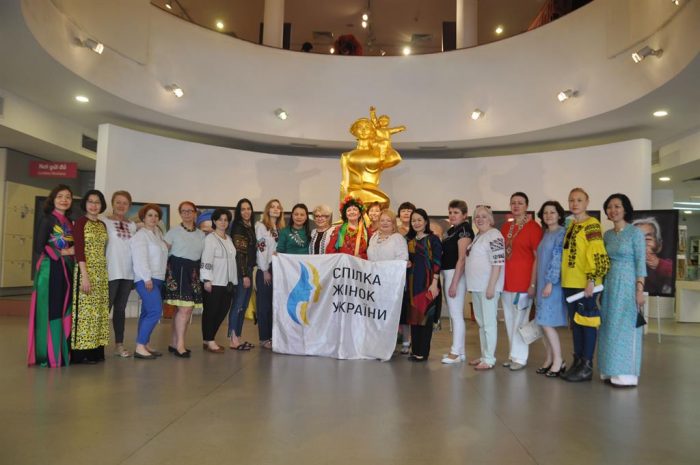 Taking photos inside the Museum’s Hall 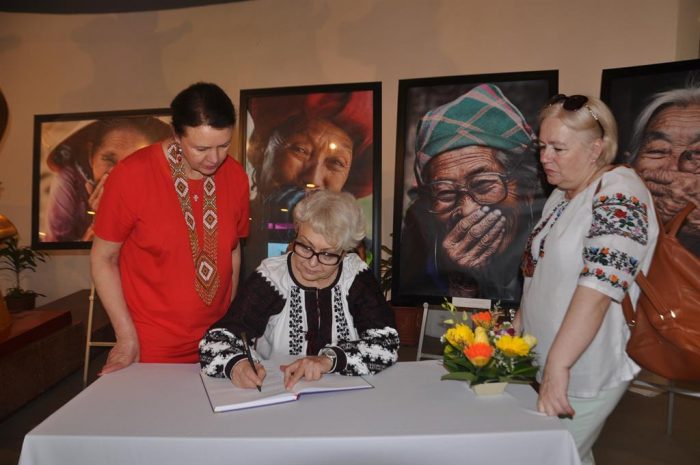