After the Paris Peace Accords on January 27th, 1973, the American armed forces and their allies left Vietnam.

The regime of South Vietnam lost support and began to collapse. The Southern Liberation Army strengthened and the liberation zone was widened. At the end of l974, the VCP Political Bureau launched the massive Spring Campaign of 1975. Women played an active role alongside the armed forces. They led the political battle, created awareness among soldiers in the South and supported the armed forces in battle. They destroyed garrisons and drove out the local authorities. 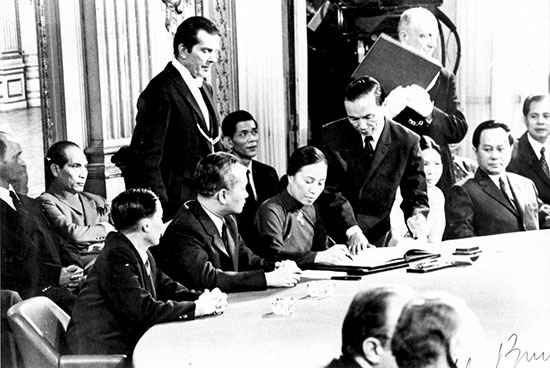 On the 14th of April 1975, Saigon – Gia Dinh was liberated through the “Ho Chi Minh Campaign”. During this campaign, women cadres together with other revolutionary forces and civilians started an uprising and occupied important economic and political offices. On behalf of the professional armed forces, they contributed to the complete victory and the reunification of the country. 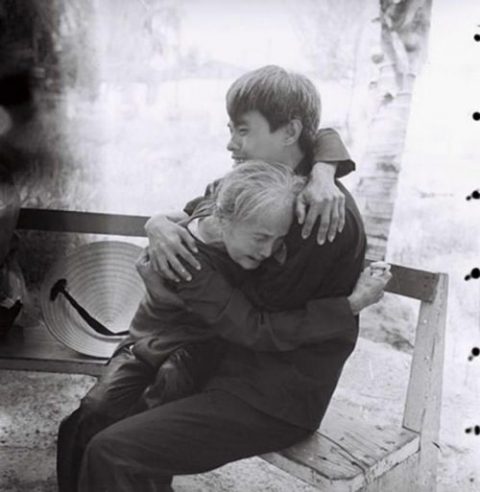 Le Van Thuc, one of the 36 persons condemned to death at Con Dao. meeting his mother againon May 5th 1975 after seven years of seperation.