The first theme of this year’s Museum Week is “Once Upon a Time.” This theme encourages museums around the world to celebrate their beginnings. We will take this opportunity to tell you the story of how the Vietnamese Women’s Museum was conceived.

The idea of establishing a museum representing Vietnamese women came about in the 1980s. Interest in building the museum came mainly from women across the country who believed a cultural institution like this would be a great way to preserve and promote the beauty, traditional values, and contributions of Vietnamese women in the development of the country. At that time, one woman dedicated her life and career to turn the wishes of Vietnamese women into reality.  Her name was Madam Nguyen Thi Dinh, and she embarked on the journey of building the Museum from scratch. 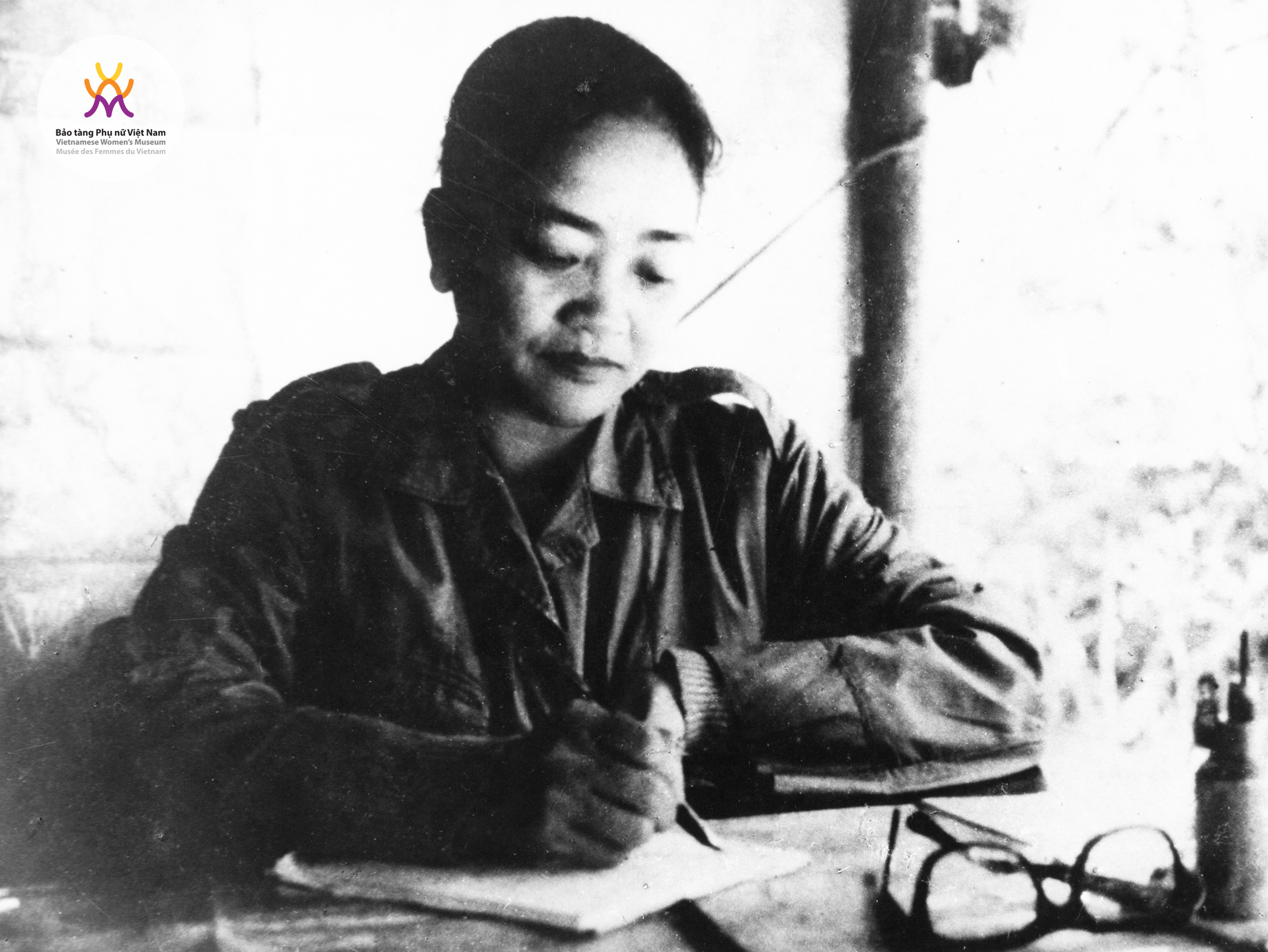 More than anyone else, Madam Dinh understood the difficulties of building a museum at a time when the whole country lacked resources. However, as a woman who lived through two-thirds of a century as a veteran in the two resistance wars, she very much appreciated the sacrifices Vietnamese people, especially women, made for the country. That motivated her to find a solution to fulfill her promise of building a museum for them.

As Vice Chairwoman of the State Council and President of Vietnam Women’s Union, she encouraged women’s unions at all levels to contribute documents, artifacts, materials and funding during construction of the Museum. She called on every woman who was a member to make a donation as little as the price of one duck egg at that time. In response to Madam Dinh’s appeal, women across Vietnam joined hands in donating grain, vegetables, and eggs, or one day’s salary or salary bonus to build the Museum. Madam Dinh herself was also active in contributing to the campaign. Whenever she went on business in Vietnam or abroad she collected documents and artifacts for the exhibitions at the Museum.

From this modest beginning, Vietnamese women collectively contributed 3,000 documents, artifacts, and equipment as well as the remarkable amount of 2 billion Vietnamese Dong. These women from several decades ago helped build a museum from the ground up to represent all Vietnamese women. Today it still stands tall as a symbol of the solidarity among Vietnamese women through its collection of artifacts and stories about Vietnamese women’s traditional values and contributions to the country from the past to the present. 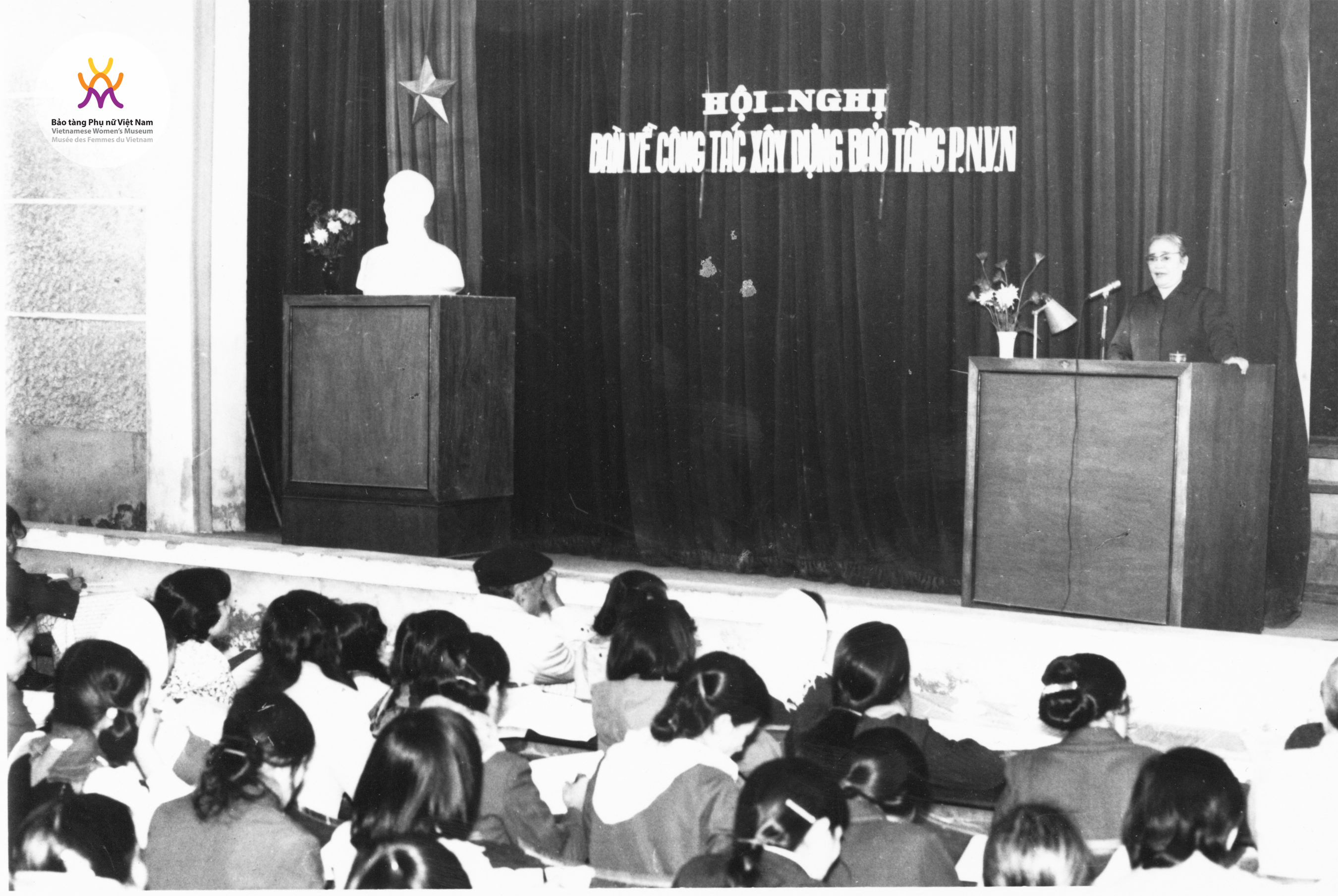 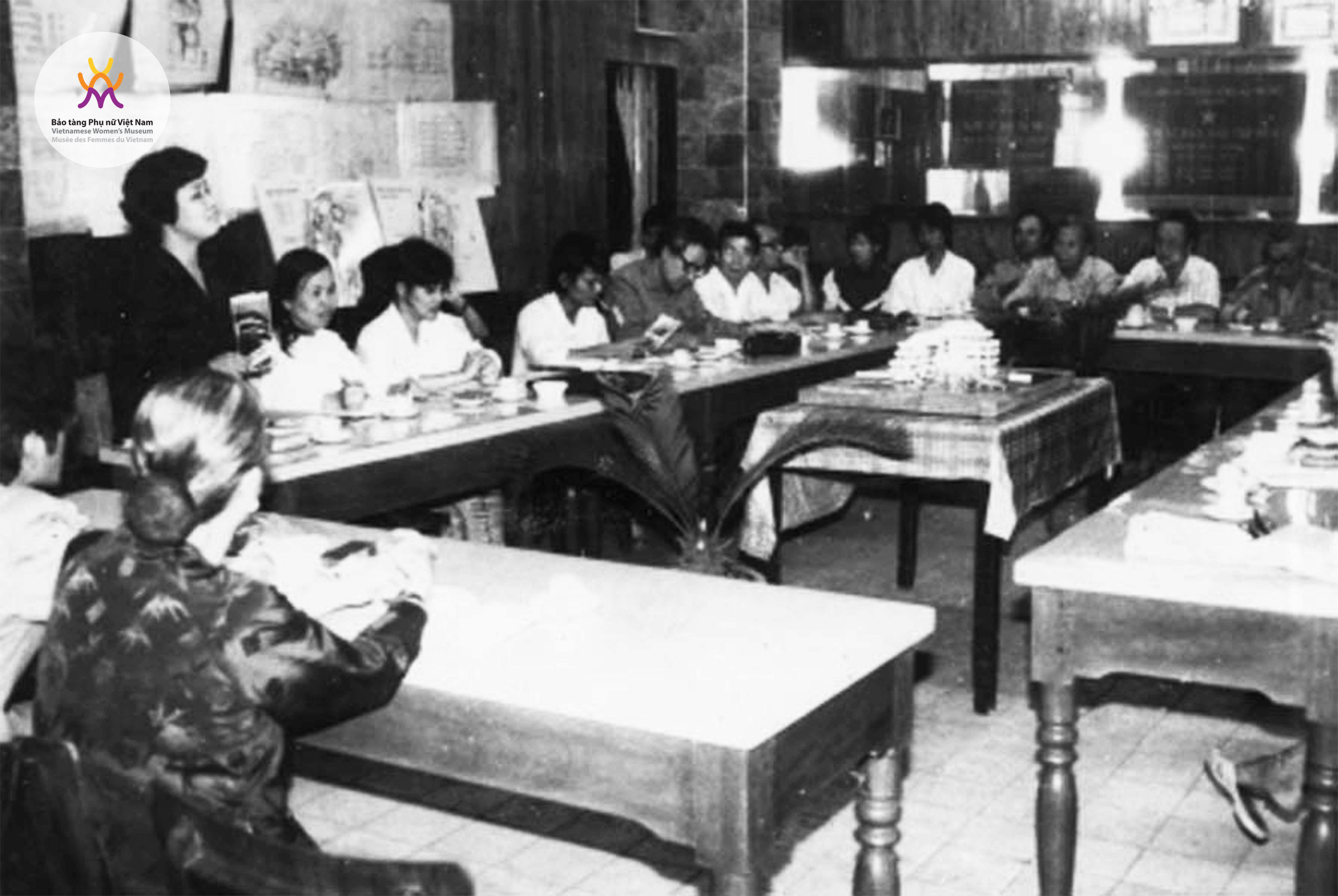 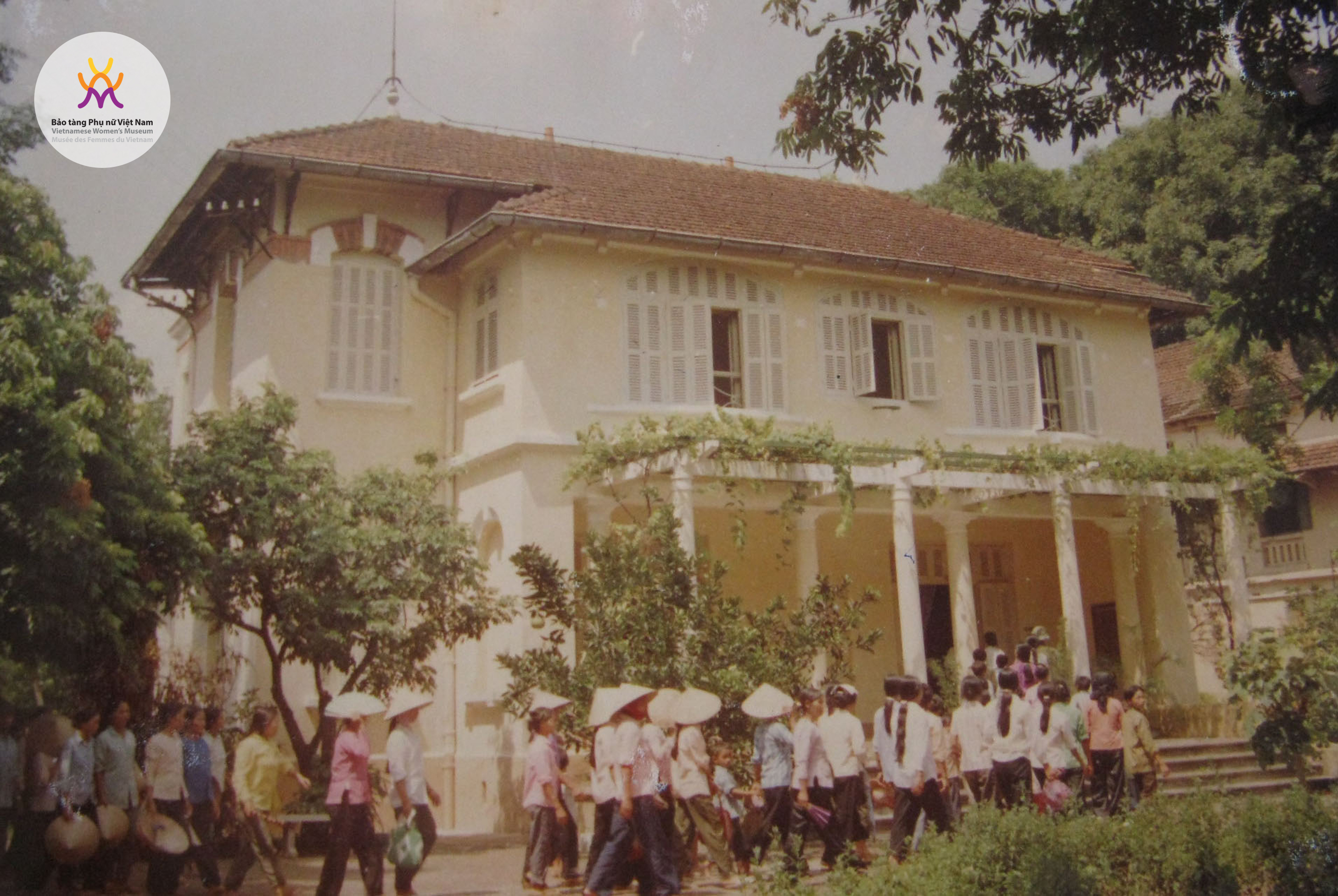 Visitors at the Vietnam Women′s Museum in the 90s

Over the past 30 years, the Vietnam Women’s Museum has always been a trusted place for those who want to learn about the history and culture of Vietnamese women. It also serves as a place where Vietnamese women’s legacies are well preserved and promoted. The “Once Upon a Time” idea must have also been on the mind of Vietnamese women who lived through the 80s. The message will help remind the Museum staff to constantly strive to preserve and promote the cultural heritage of Vietnamese women, fulfilling the wishes of the first female General of Vietnam, Madam Nguyen Thi Dinh.