Showing gratitude has been an important tradition of Vietnamese people. Every year, on the occasion of the War Invalids and Martyrs Day (27/7), the Vietnamese Women’s Union organizes an event to pay tribute to national heroes, martyrs and wounded soldiers.

On the afternoon of July 24, a meeting was held at the Vietnamese Women’s Museum – a place to keep, preserve and introduce Vietnamese women’s legacies and traditions. The Vietnamese Women’s Union chose to organize the event at the museum because this place has been considered the “mutual home” to showcase the contributions of women in history and the society, especially during the two resistance wars. A delegation of wounded soldiers across Vietnam joined the event. 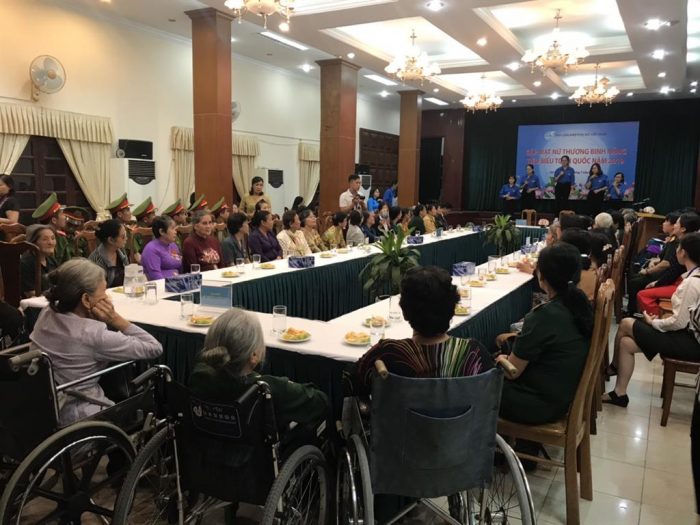 In the warm atmosphere, leaders of the Vietnamese Women’s Union listened to personal stories from the time during and after the war told by wounded soldiers. Even though they have been through different circumstances in life and their health might decline overtime, they still show the spirit of brave soldiers who fought for the liberation of the country. “Our youths were as meaningful as they could be and we have lived good lives,” – the People’s Armed Forces hero Van Thi Kim Xoa – representative of Quang Nam Province spoke on behalf of her teammates. She also emphasized that she and her fellow female soldiers are “wounded but not disabled” and she will try to always “keep the indomitable spirit”. 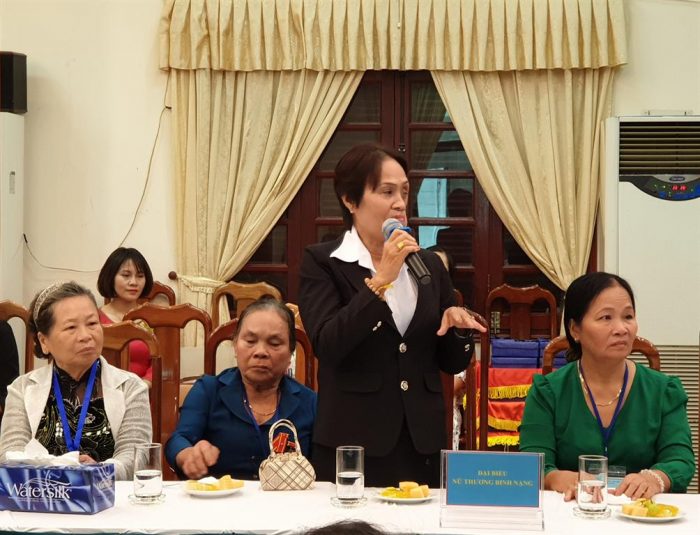 At the end of the event, Madam Nguyen Thi Thu Ha – President of the Vietnamese Women’s Union said, “The contributions of women to the liberation of the country are extremely great and cannot be measured as they followed the slogan of Vietnamese women: “Be brave, indomitable, loyal and skillful”. The Vietnamese Women’s Union and the Ministry of Labor, Invalids and Social Affairs will always listen to the thoughts and aspirations of wounded female soldiers to help them have better lives in peacetime.” 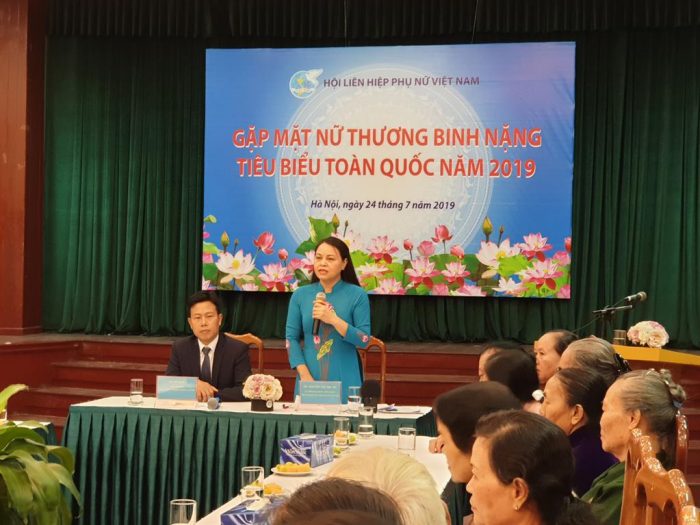