Family is important to the Vietnamese people.  Through your family, you can trace your lineage and create an environment for nurturing, educating, and shaping the personality of each human being. It is also where the cultural values are shared from one generation to the next.

This exhibit offers the “circle life” of Vietnamese women. They have matured girls, and then they get married and start a new life as wives and mothers. The role and position of women in their family are focused on the wedding rituals in a patrilineal and matrilineal society. It also offers practices, and rituals related to the desire for children, pregnancy, birth, and care of the new mothers and newborns; small business, cultivation, fishing, and foraging, preparing meals, pottery, sewing, and weaving, and raising children.

It consists of three main themes

A corner of the Exhibition “Women in Family”

“Men and women are as inseparable as a pair of chopsticks”

Marriage is a starting point for family life. Through marriage rituals and practices of Vietnamese people, the Vietnamese Women’s Museum introduces two types of societies that exist in the country: patrilineal and matrilineal societies.

Men play an important role in the nuclear family. In the past families were quite large but the birth rate has declined. Male descendants are privileged in patrilineal societies. Children are named after their father and only sons, in particular, the eldest has the right to inherit. While monogamy is now usual in the past many people practiced polygamy.

In wedding rituals, the groom’s family plays the most important role. Marriage rituals center on three main occasions: engagement, wedding, and the first visit of the young couple to the bride’s family. The boy’s family chooses one or two mediators and in many regions also consult fortune tellers to determine the most auspicious date and time for the rituals. The fortune-teller also commits herself to bring the gifts requested by the future bride’s family. The wedding takes place at the groom’s house where the bride will live from then on.

In Vietnam’s Central Highlands the Ede, Mnong, Jarai, Coho, Churu, and Raglai have a matrilineal tradition as do the Cham, who live along the central plain. The oldest woman has an important place and a decisive role in family affairs. The bride and her family play a major role in the wedding. With some local differences, it is usual for men to live in their wife’s homes and for children to take the mother’s name. Girls inherit family wealth and the youngest girl is the most privileged. Although every child is precious, girls are preferred. At the wedding of a daughter and to welcome their son-in-law, the bride’s parents have to offer the groom’s family compensation in the form of goods, which are determined between the two families. Although the groom lives with his wife’s family, he maintains responsibilities to his original family, especially in wedding rituals.

-The Viet engagement ceremony from the museum audioguige-

The desire for children

With the notion that children are the property of each family and maintain the lineage through generations, having children is important to Vietnamese people. There are many ways to express the desire to conceive after marriage, especially for those who are infertile.

The rituals for the request for a child are still frequent today among many groups. Among the Viet, the couples who have no child or no son yet, make a request in a pagoda or a temple and ask for amulets that the women will wear, hoping that their wishes will come true. Some groups invite a ritual master to officiate at home. One can organize these rituals several times until the request is fulfilled. During pregnancy, the woman has to observe certain taboos and practice many rituals to protect herself and the baby. 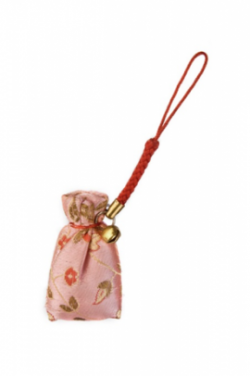 The amulets to protect pregnant women

Prior to giving birth, women usually practice traditions handed down in the community to give birth easily, such as eating sesame porridge in the Viet community. The Hmong and Dao people invite shamans to give blessings to those who are having difficulties during birth. The Thai spread crushed sesame on the stomach.

For the Viet, recovery from childbirth normally takes one month, but it can last up to 100 days for some women. In some ethnic community groups, the recovery period can be reduced to less than a week. During this time, new mothers must follow a strict diet. For the Viet, young fruit such as papaya or banana flower is included in the daily diet to foster lactation. The new mother’s room should be warm, free of draughts, and purified by the smoke of special herbs. Heating is provided by embers or the kitchen fire in most ethnic populations. Cham and Central Viet communities keep new mothers warm with jars of embers under the bed during the first month after birth. The Thai keep new mothers warm with jars of embers and kitchen fires for between 7 to 10 days.

“In my hometown of Tam Ky in Quang Nam province, burning coal after the birth remains a popular custom. I used this clay pot after I gave birth in 2007. My mother-in-law first taught me how to use it – I had to lie on my belly on the bed, while she and my husband took turns to prepare and fan the coal for me. When the coal turned red, they would put honey locust, pomelo peel, or some salt above the pot, which would create a fragrant smell. I’d stay in bed until the coal burned out. I used the pot to keep warm three times a day, after breakfast, lunch, and dinner. I stayed in the house and practiced this tradition for a month, but other women continue use it for up to three months after giving birth.”

– Story of buring coal after the birth from the museum audioguide-

The skillfulness and ingenuity of women in the family are not only shown through the role of being a mother, butalso through the abilities to organize family life and participate in the labor workforce in rural and urban areas.

In rural plains, women cultivate wet rice. Women can participate in all the processes including breeding, harvesting, and plowing. Because of the geographic differences, women from ethnic groups in mountainous areas traditionally use slash and burn cultivation. Polyculture is frequently employed and dry rice, corn, manioc, squash, pepper, and cotton are cultivated in the same field. In some regions fishing and foraging make an important contribution to the daily diet. Foraging is undertaken by women year-round. The most abundant wild foods are wild vegetables, bamboo and rattan shoots, fruit, mushrooms, honey, and medicinal plants.

Weaving is a long-standing tradition for many of Vietnam’s ethnic populations. Men make spinning wheels and weaving looms. Women cultivate cotton, weave cloth, and sew clothes for the entire family. At a very young age, girls are taught to sew by the women of the family. Before the wedding, women make their bridal clothes and presents for the groom’s family such as fabrics, blankets, pillows, and clothing. In many groups, a woman’s skill and experience are judged by the amount and quality of her textiles. Nowadays, the sewing machines are widely used.

Small business on a full time or casual basis has long existed among certain populations such as the Viet, the Hoa and the Cham. Agricultural and craft products, utensils, food and drinks are sold at home, in a market or on the roadside. Countryside markets are often periodical, but in the city markets are daily occurrences. Most salespersons in markets are women. The development of small business even in remote regions is attracting women, who utilize bicycles, motorbikes, small trucks and mobile phones as business tools.

In the traditional family, the work division between the mother and the father is quite specific. The woman fulfills household tasks and the children’s education, while the husband provides economic support for the family. The mother teaches her children the essential things through lullabies, legends, stories, and educational toys, which familiarize the child with daily chores. If the child is a girl, she follows her mother in all her activities to learn her future role as a wife.
In the northern mountains, children wear caps to protect them from the cold. The caps are beautifully decorated and often adorned with amulets to protect the child against evil spirits. Even in our modern society, parents still play an important role in the education of their children.