On the morning of October 8th 2020, a meeting was held between Madam Tran Thi Huong, VWU Vice President and Ambassador of Cuba Lianys Torres Rivera. After the meeting, Mrs. Lianys Torres Rivera as well as her fellow Embassy delegates, visited the Vietnamese Women’s Museum on the 60th anniversary of the establishment of diplomatic relations between Vietnam and Cuba. 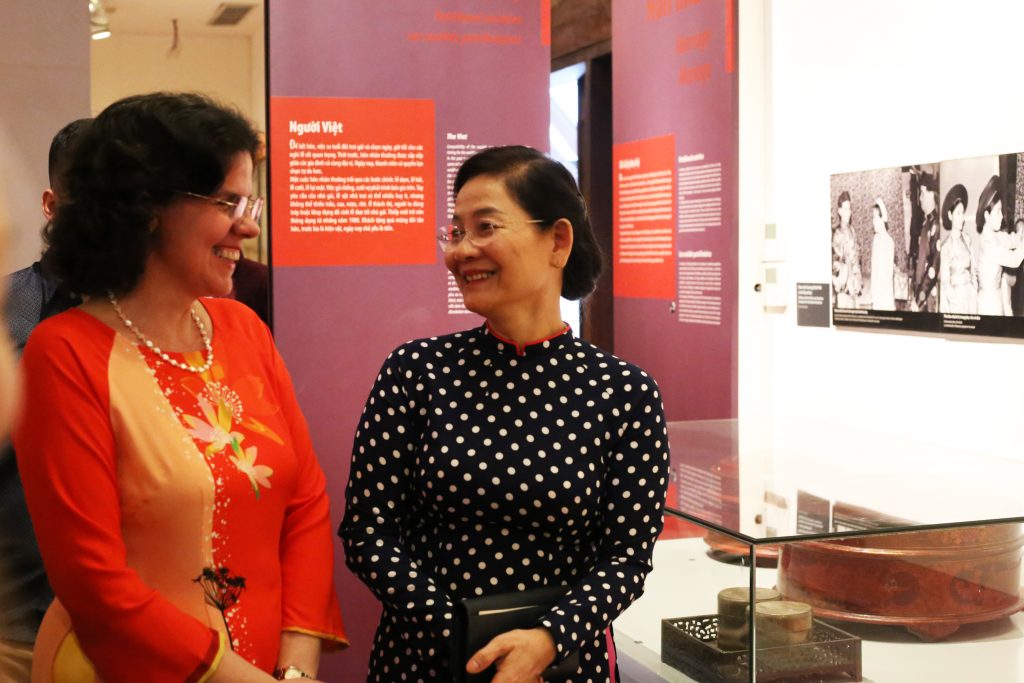 During her visit, Mrs. Lianys Torres Rivera showed her deep gratitute and admiration to the Vietnamese women’s contributions and achievements. She was also impressed by visiting the exhibit of international friends all over the world in support for Vietnamese people during the two resistance wars in Vietnam.

By mentioning the activities to support for Vietnamese women and its people such as demonstrations, propaganda posters, and money donations from international women which contributed greatly to strengthen Vietnam to gain the nation independence, Mrs. Rivera said “Women and people of Cuba and Vietnam have been united during the most difficult times, and we will maintain this profound relationship. After the visit, finding and connecting with revelant associations to complete valuable materials and artifacts relating to Cuban women for Vietnam during wartime and now, are our missions in order that we can donate towards the Vietnamese Women’s Museum”

Photos taken at the meeting: 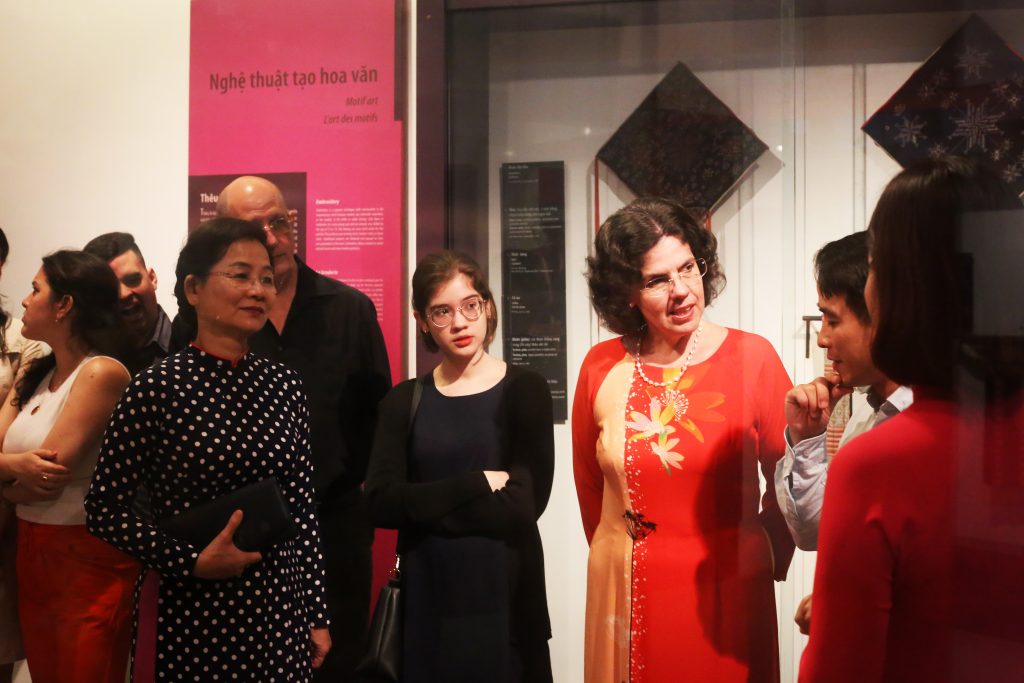 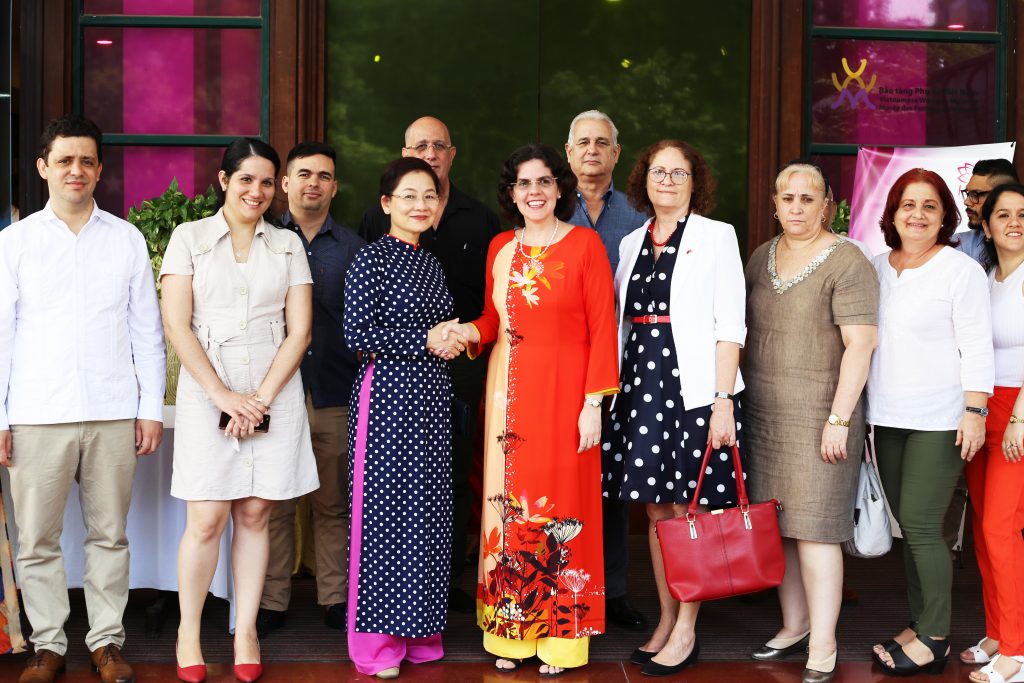 Mrs. Lianys Torres Rivera and her fellow visits the museum