French photographer Réhahn Croquevielle has presented his world-renowned photograph of a smiling old lady to the Vietnamese Women’s Museum to mark the occasion of International Women’s Day. The donation ceremony took place at the museum on March 8th 2016, with support from the French Embassy and the French Institute in Vietnam.

The photograph features 78-year-old boat rower Bui Thi Xong on the Hoi An river. Since its publication, the life of this old Vietnamese lady has changed. Her portrait has appeared in various newspapers, magazines and online exhibitions across 40 countries. She was also dubbed “the most beautiful old woman in the world” by the American press.

According to the photographer, Xong’s smile and her sparkling eyes show viewers that beauty has no age. Xong is old yet she is still brave, strong and charming. We can see a part of our childhood in her eyes. Rehahn described he wanted to donated the photograph to the museum as a way to say thank you to Vietnam for giving him the chance to start a new life four years ago.

Xong and her husband took their first flight to Hanoi to attend the donation ceremony. This was the first time they had the chance to visit the capital. They made the most of their stay by taking a cyclo tour around Hanoi and enjoying a good bowl of pho.

Xong said she was happy for Rehahn’s success with the photograph and was moved by his concern for her and her family. 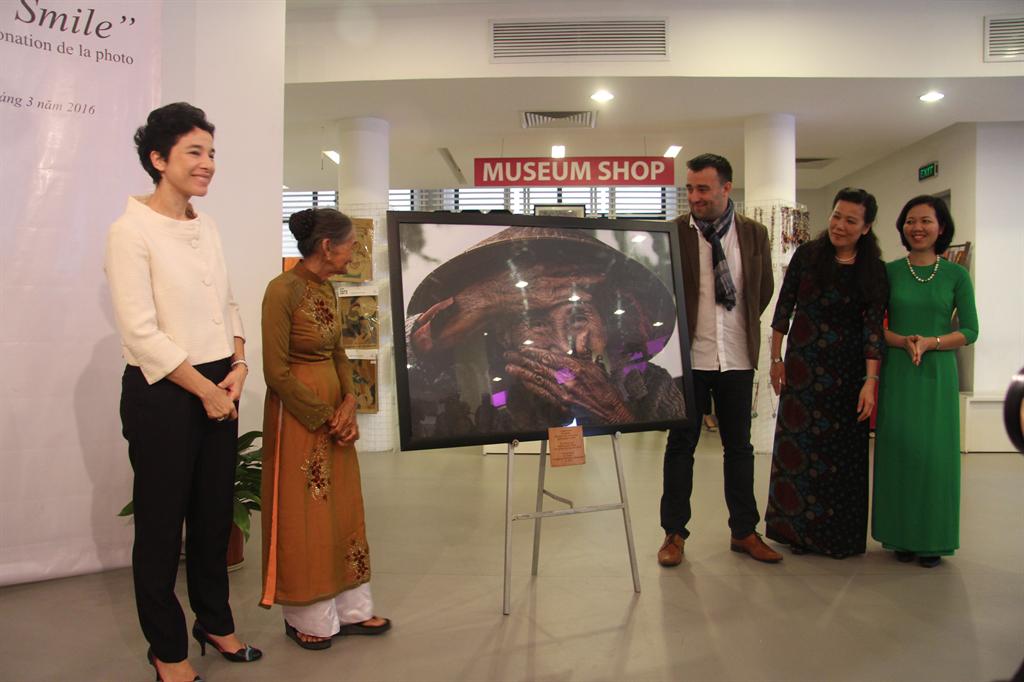