When she donated the Truong Son money notes, grocery tickets and keepsakes from  the arduous years on the battlefield during the Vietnam War, Mrs. Le Thi Vong Huong – a former nurse on the Truong Son Trail, with sparkling eyes – recounted the unforgettable memories and her dreams of becoming a soldier.

The family with revolutionary traditions

“Vong Huong is the name given to me by my parents to remind us of our origin and beloved fatherland – Vietnam! I was named after the beautiful Huong River in Hue, my hometown (in Huong Thai commune, Huong Tra District, Thua Thien Hue Province).

My parents gave birth to 4 children including 2 sons and 2 daughters. I am the youngest. In 1953, my dad was ill and passed away in Thailand. In July 1962, my family was sent back to Vietnam because our military base in Thailand had nearly been detected by the enemy . exposed. The Hanoi Party Committee arranged work for my mom according to her wishes. My brother and I were young at the time, so we continued going to school. My other sister, brother and their families returned to Vietnam later in 1964.”

In 1964 and 1965, Mrs. Vong Huong’s oldest and third brothers enrolled in the army. The last day before he left, her third brother visited his sister’s evacuation place to say goodbye. She recalled: “At that time, I waited anxiously for the weekend to visit my mom and get some rice and food to donate to the school which was required by school and government regulations.. I was home that Saturday afternoon. Looking through the window, I saw my mom lying down, and I  knew that she already missed my brothers. Although I loved her so much, I still didn’t want to give up my dreams of joining the army. After dinner, I asked my mom to let me go to the battlefield. She hugged me tightly as if she was afraid that I would run away. She stroked my hair and said: “Your brothers joined the army. You should stay at home, study and serve the nation later.” I told my mom, “I just want to go to medical school and join the army.” My mom laughed again, “Eat and grow up first. I will let you go later. You are only 14 years old. Nobody would let you join the army.”

“I received letters from my brothers at the army camps and understood the fierceness of the battlefield, the cruelty of the American invaders, and the courageous sacrifice of those who gave their lives to clear the roads for train routes in Nghe An Province and Ha Tinh Province. It encouraged me to enroll in the army.”

Then luck came. At the end of November 1966, the Department of Basic Construction announced plansto recruit officers and soldiers’ children for vocational training. As my cousin told me about it, I cheered silently and begged my mother to let me enroll. But when I couldn’t convince her, I began to cry. My mom finally said yes!”

Being neglected at the army recruitment examination

When Mrs. Huong recalls the recruitment day, she is still emotional: “On the day of the health examination for the army recruitment, my brother picked me up from school to go to the examination center. I was still wearing my students’ red scarf. The recruitment officers thought I was there to find someone, and  asked me who I was looking for. I answered, “I am here for the army.” To my surprise, they all burst out laughing. After a while, a soldier said to me, “Come on, go back to school or your mom will be worried about you.”  I explained again that I was there for the army recruitment. They ignored me and went back to their work. In the afternoon, when the recruitment office was less crowded, I asked the soldiers why I didn’t see my name on the examination list. They said I was too young to enroll in the army. If I still seriously wanted to participate, I must have a family member’s approval. The next morning, after I finished school, I went home and asked my brother to escort me to the recruitment center. Thanks to my brother, I was allowed to complete the applicaton for recruitment. I received an enrollment notification from the army within a week.”

Mrs. Huong officially became a nurse after studying at the 103 Military Hospital. 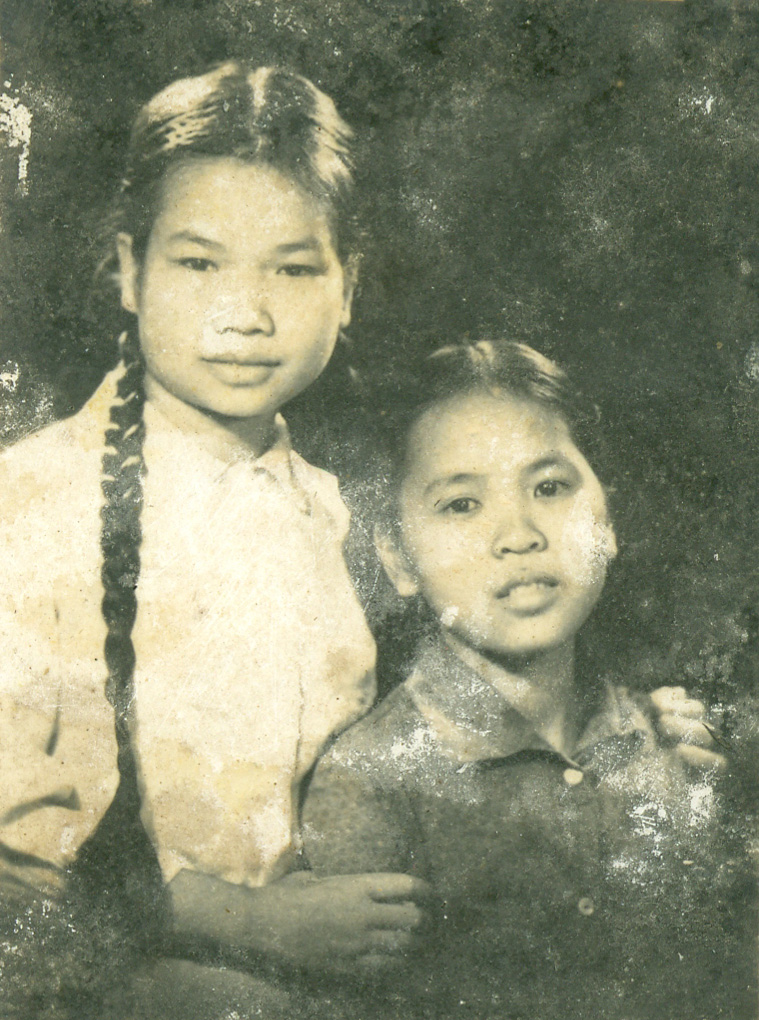 A photo of Mrs. Vong Huong and her friend taken on the day before the enrollment in 1965 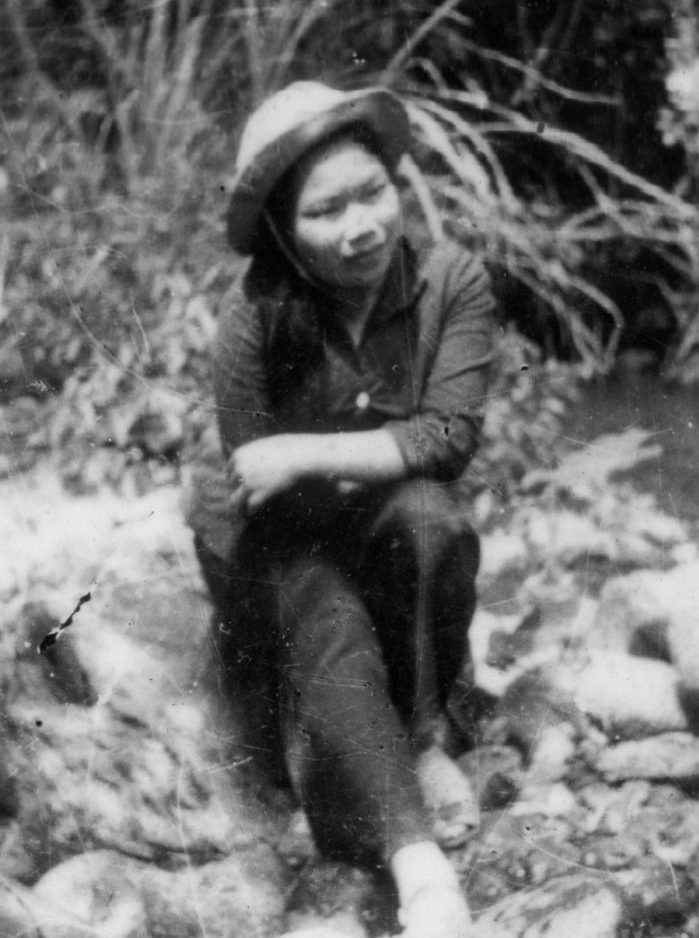 The military nurse in the Serepoc battlefield, Laos in 1971

The Truong Son money notes and their special mission

Mrs. Le Thi Vong Huong told us that soldiers who headed south to fight at that time received a salary and living expenses for necessities, such as toothpaste, soap, cigarettes, etc. However, the State Bank of Vietnam was concerned that the large amount of cash used by soldiers in battlefields might reduce the money in circulation and make the nation scarce of cash. Printing money in the time of the war was also difficult.

Recognizing the challenges of using cash to pay the expenses of combatant officers who joined Southern battlefields, the High Command of Truong Son Army and the Department of Finance coordinated with the State Bank of Vietnam to print special money notes used only in the Truong Son region.

Using theTruong Son money was convenient because it saved time for army units and simplified procedures for paperwork, food stamps, and tracking logs for exporting and importing parties. In particular, the logistics units saved considerable human resources and warehouse costs, reducing casualties for officials and soldiers who distributed essential goods and products.

As the soldiers went back to the North, they brought their Truong Son money notes in exchange for cash at 2 points named Cu Nam (Bo Trach District, Quang Binh Province) and No.3  on Ly Nam De Street, Hanoi. The exchanged money notes were then packed and sent to the Truong Son region for reuse.

The Truong Son currency was used until 1969 when it was found and destroyed by enemy forces. The High Command of Truong Son Army then replaced the currency with checks. On each soldier’s check was their full name, hometown, date of birth, and identification information. 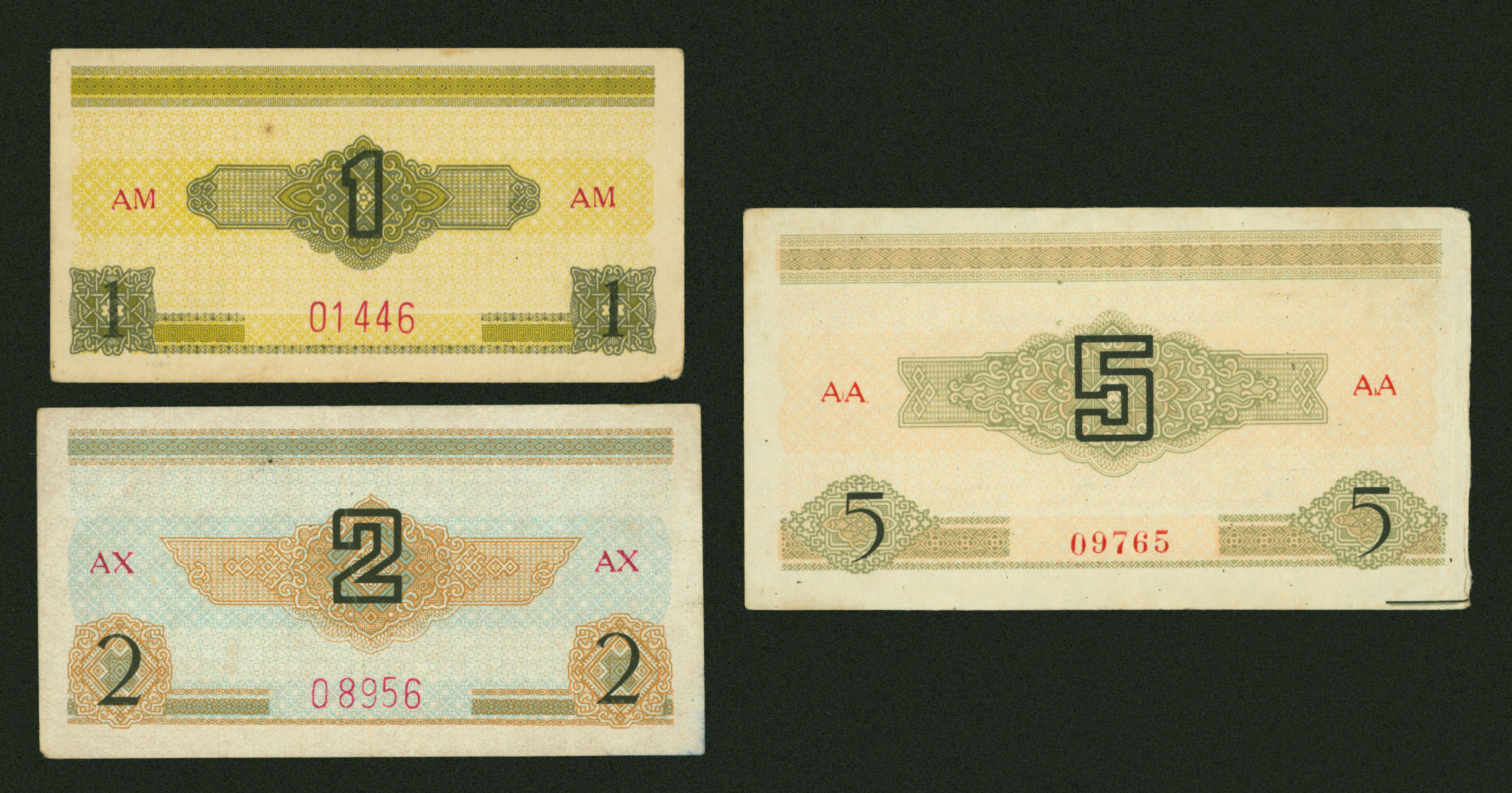