On National Day, September 2, during the sacred period marking the August Fall officials and employees of the central agency of the Vietnam Women’s Union and its affiliated units commemorated the 30th anniversary of the passing of General Nguyen Thi Dinh (July 28, 1992 in lunar calendar). Together they celebrated  the milestones in the career and life of Ms. Nguyen Thi Dinh – Former President of the Women’s Union. The life of Mrs. Nguyen Thi Dinh is a legacy of sacrifices and dedication to country and homeland that generations of Vietnamese women respect and are proud of. Ba Dinh has been gone for 30 years, but generations of women still remember her appreciation of simple, humble things and her traditional Vietnamese beauty. 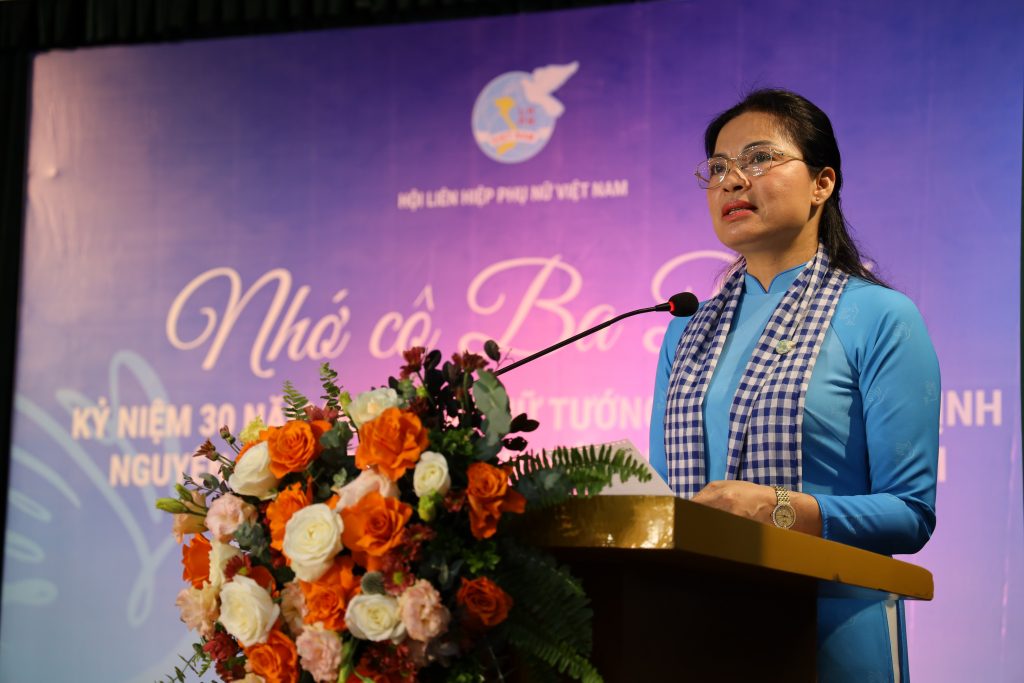 Ms. Ha Thi Nga, Member of the Party Central Committee and Chairwoman of the Vietnam Women′s Union spoke at the program.

The highlight of the program was the event “Remembering Miss Ba Dinh,” which was organized as an intimate meeting with former cadres and leaders of the Association who had the honor to live and work close to her. At the gathering, they shared memories; stories; and feelings of love, respect and gratitude for Mrs. Ba Dinh. Many memories of the life and career of Mrs. Ba Dinh were very simple stories of a female general, but they also included accounts of a female leader who had both heart and vision and was very invested in people’s lives and emotions. 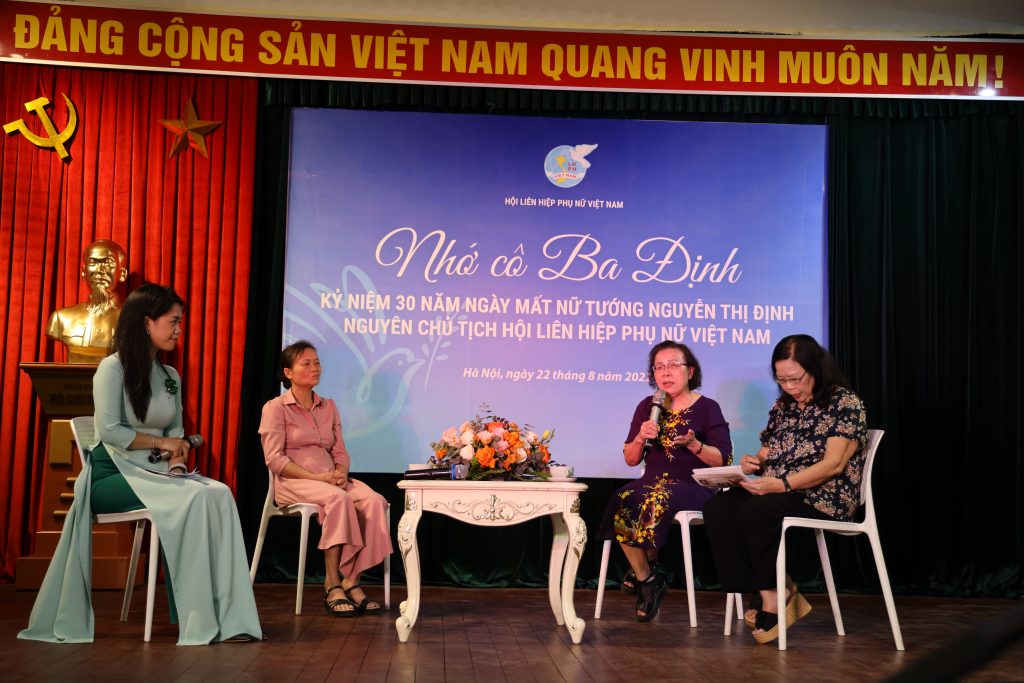 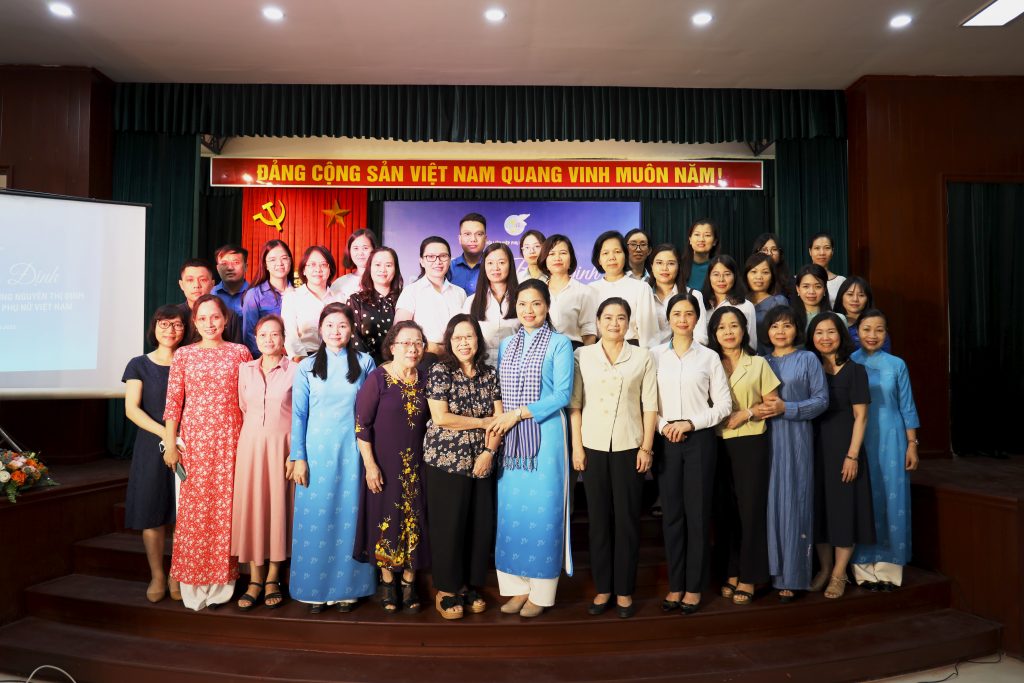 The delegates took souvenir photos at the program

In conjunction with the program, the exhibition “Nguyen Thi Dinh – The First Female General of Vietnam” is on display at the Vietnam Women’s Museum. The exhibition introduces three main areas of content: Daughter of the Coconut land, the first female general of the 20th century, and a talented female leader. The exhibition contains memorabilia, images and artifacts associated with the life and career of General Nguyen Thi Dinh – Former Deputy Commander-in-Chief of the Southern Liberation Army, President of the Vietnam Women’s Union, and Vice Chairman of the State Council. 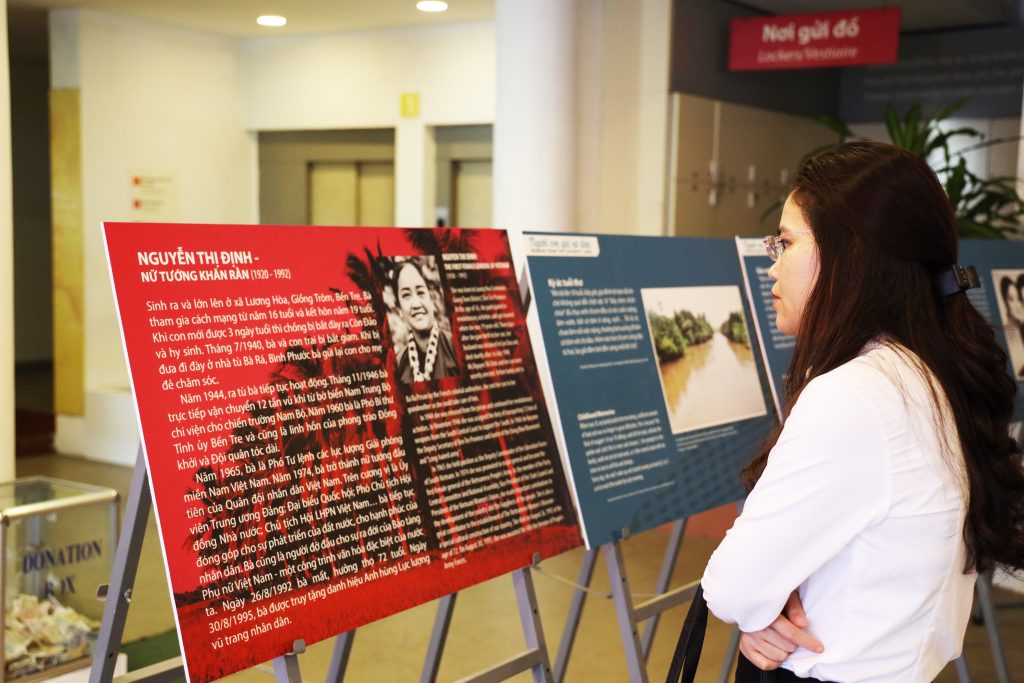 The special celebration “Remembering Ms. Ba Dinh” was an emotional event for the attendees, who felt nostalgia, respect and pride for the contributions of Mrs. Nguyen Thi Dinh. These reflections provide inspiration and motivation for the Association’s staff today to strive in work and life.