On the occasion of the National Reunification Day and May Day holidays in Vietnam, the Vietnamese Women’s Museum (VWM) chose to display a mobile exhibition entitled “Children in Wartime” at Spring Park in Eco Park Garden City.

Eco Park Garden City, with its green open space, attracted hundreds of thousands of visitors, especially families from Hanoi and the surrounding areas. Compared with other activities organized there, VWM’s exhibition radiated a different vibe. Seventy black-and-white photos told unique stories about the lives of children during the American War 40 years ago. They evoked the emotions of many elders while giving youngsters a different view of what life was like during the war.

Looking attentively at the photos, Minh Duc, a 5-year-old boy wondered: “Daddy, why did people tie trees to the tops of their cars?” “That was a way of disguising cars to protect them from the US military aircraft,” his dad answered, before passionately telling the boy a number of interesting stories about wartime soldiers.

A mother named Nguyen Hoai Thuong used the exhibition to educate her kids about the lives of children and women during wartime. “Can you see the child on the back of her mother’s bike? They were going to an evacuation center. Your grandmother used to ride with your dad like that,” she explained to her children. The father added: “When I was a kid, whenever I heard the sound of an aircraft on my way to school, I ducked my head and ran into a tunnel nearby. Your mom and I used to wear straw hats like those in the photos.”

Mrs. Nguyen Mai Dung, an Eco Park resident expressed: “Very impressive, very interesting! This exhibition reminds me of the times I was evacuated from my house. I was too young to understand how tough life was back then. Now looking at these photos, I feel really emotional.”

To some visitors, VWM’s mobile exhibition “Children in Wartime” provided a painfully nostalgic and fascinating journey back through time. To others, it was an introduction to a series of meaningful stories, capturing their attention and emotions.
Below are photos were taken at the exhibition: 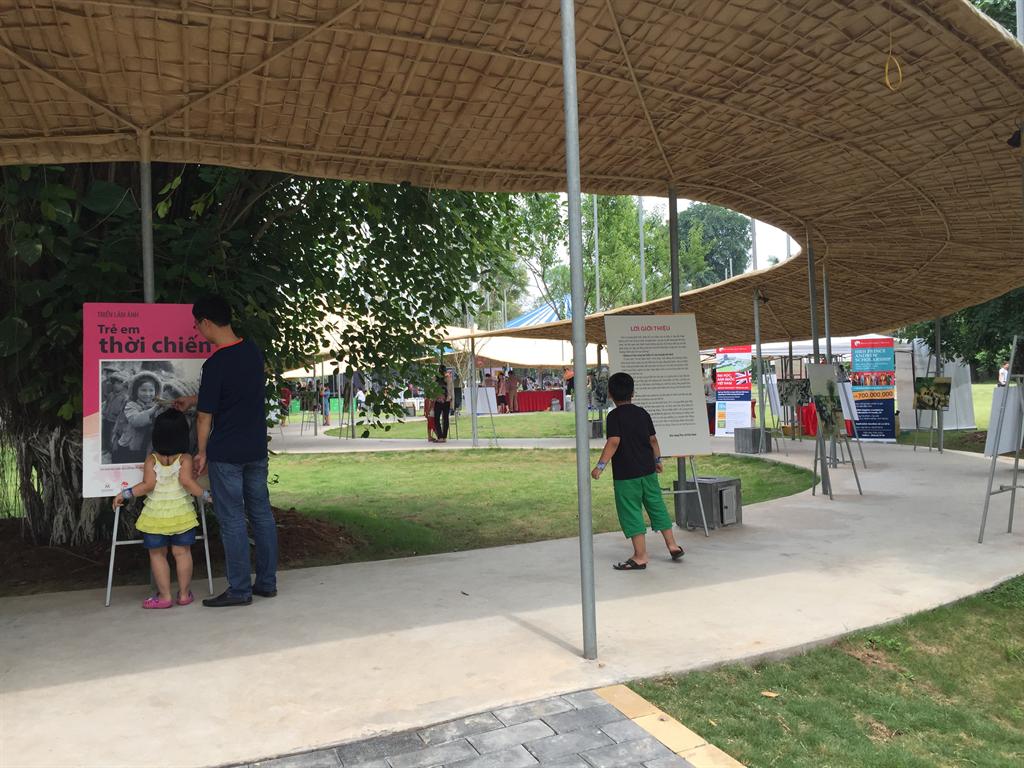 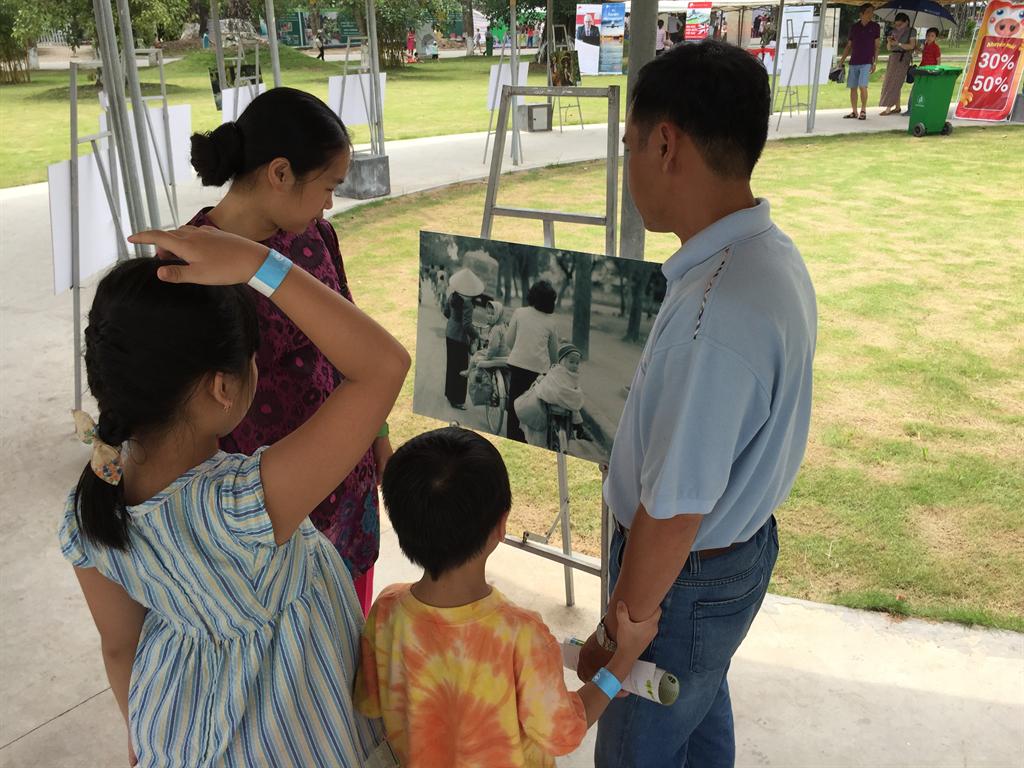 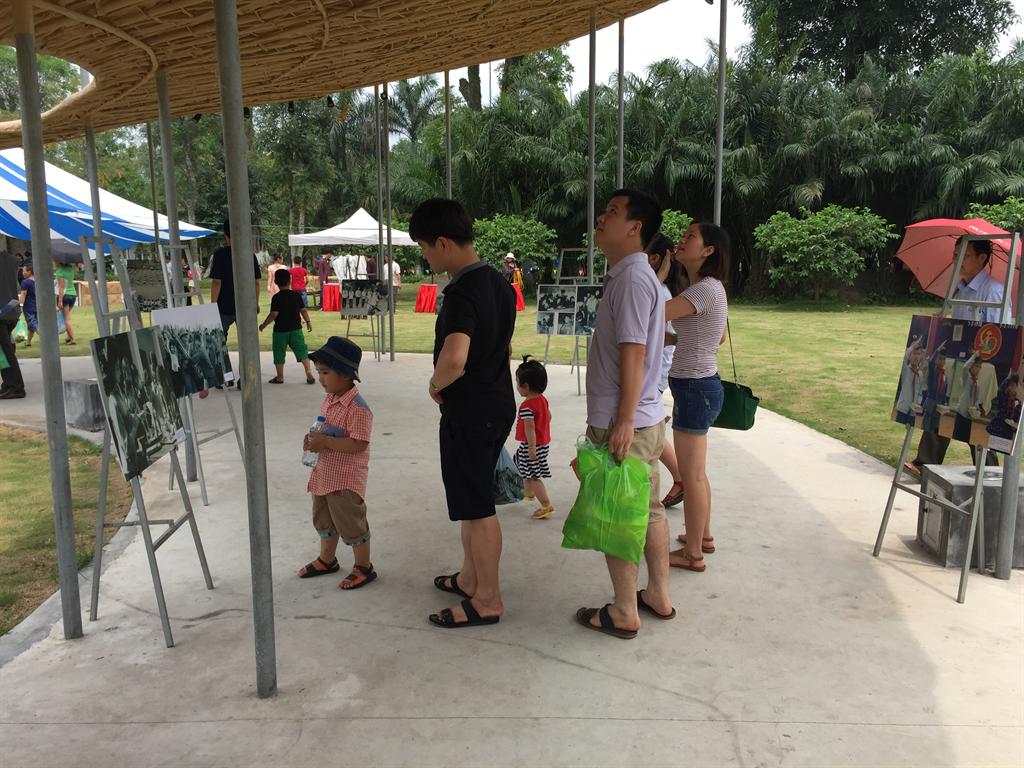 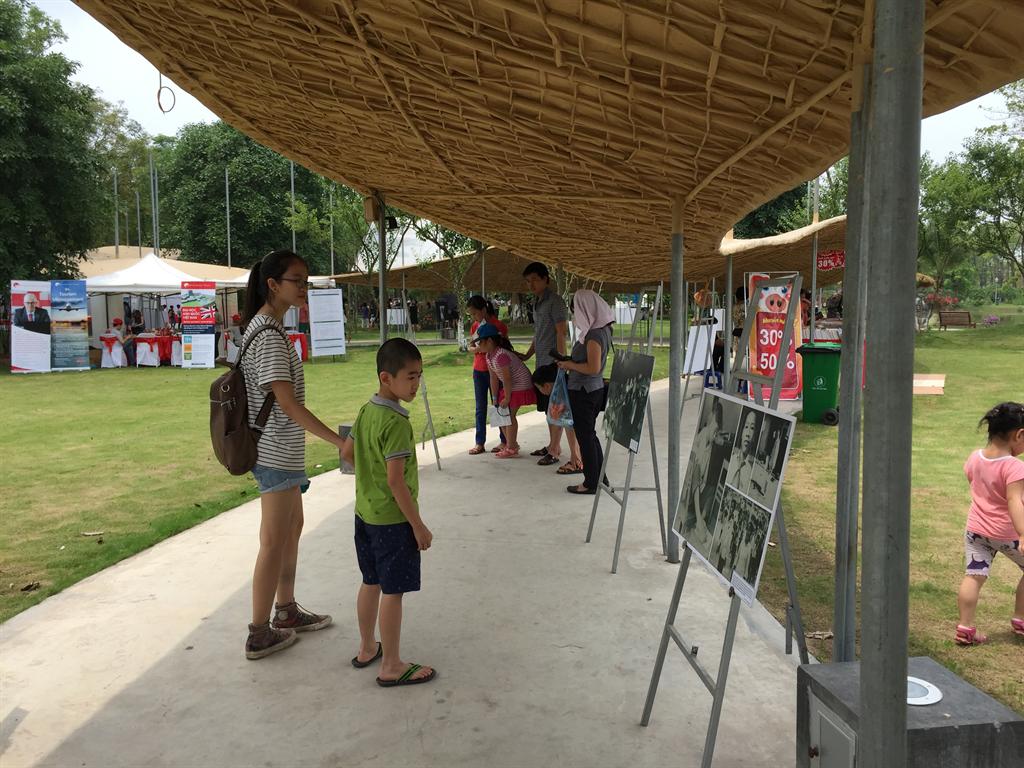